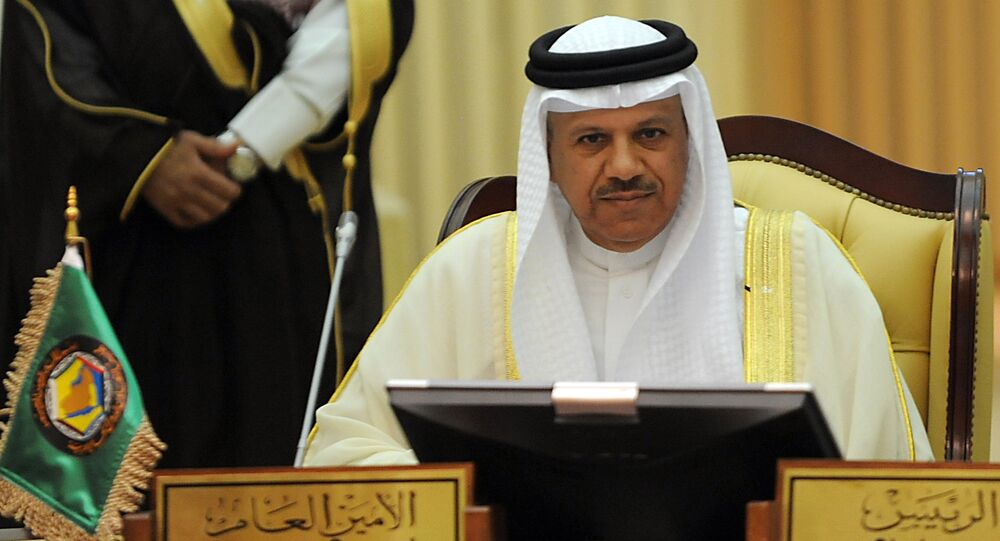 According to the Cooperation Council for the Arab States of the Gulf, Arab states of the Persian Gulf will take additional measures against Iran.

© AFP 2020 / YURI GRIPAS
With Friends Like Saudi Arabia, US Doesn't Need 'Enemies' Like Iran
CAIRO (Sputnik) – The Arab states of the Persian Gulf will take additional measures against Iran in case of new "hostile" moves by the Islamic Republic, the Cooperation Council for the Arab States of the Gulf (GCC) said in a statement Saturday following an extraordinary meeting of foreign ministers.

Last weekend, protesters stormed the Saudi Arabian embassy in Iran after Riyadh executed top Iranian Shiite cleric Sheikh Nimr al-Nimr, along with dozens of other people convicted of terrorism. Al-Nimr had demanded more rights for Shiites, who are a minority in Saudi Arabia, where most citizens are Sunni Muslims.

Shortly after the unrest, a diplomatic row erupted in the Middle East, with Saudi Arabia severing diplomatic ties with the region’s main Shiite power, Iran. Bahrain followed in Riyadh's footsteps, together with Sudan and Djibouti. The United Arab Emirates also scaled down its diplomatic representation in Iran and Kuwait recalled their ambassadors to Tehran.