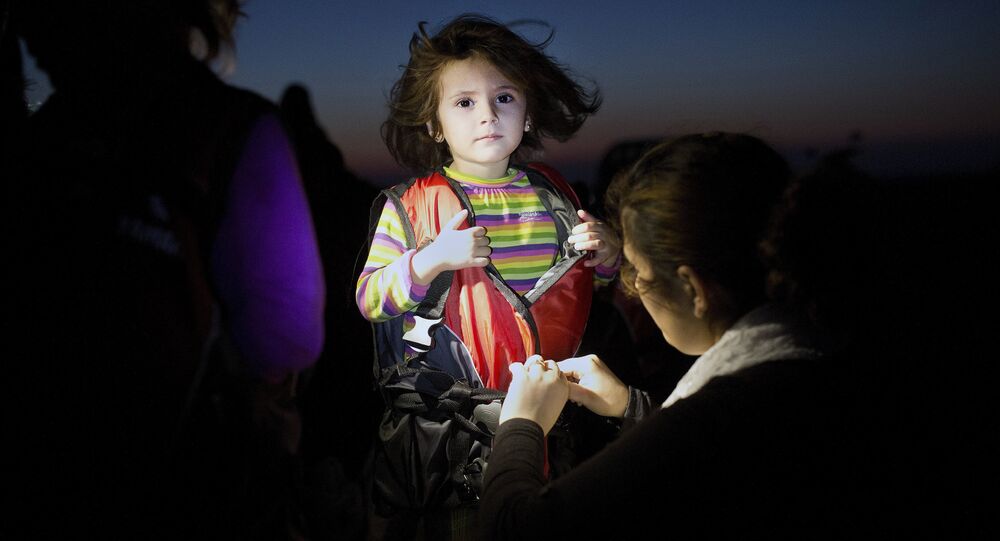 A Turkish company was caught trying to sell to refugees faulty life vests made of material that becomes heavier when soaked and that would have caused their wearers to sink.

Turkish police raided the workshop in Izmir – a port city that is often a departure point for migrants hoping to make it to Europe – and found workers stuffing the jackets with packaging materials rather than buoyancy aids, according to the BBC. Police seized 1,200 jackets.

Two of the four workers were young Syrian girls, the BBC said.

Syrians tend to congregate in Izmir while they seek passage on a smuggling boat. To earn money to pay a smuggler, they look for work – along with food and shelter – wherever they can.

It is up to migrants to find a life jacket for the treacherous journey. A properly made jacket costs up to $150, according to the BBC. A shoddy jacket may cost as little as $15, but has almost no hope of floating. Regardless, many desperate migrants will still buy them.

These under-the-counter vests are often black so as to avoid being spotted at sea.

© AP Photo / Santi Palacios
A man walks across piles of life jackets used by refugees and migrants to cross the Aegean sea from the Turkish coast which remained stacked on the Greek eastern island of Lesbos, Wednesday, Dec. 2, 2015.

On Thursday, police in Izmir also collected around 300 substandard vests from Syrian migrants who had already bought them, Turkish newspaper Hurriyet reported.

Sait Guderoglu, one of Turkey's top life vest producers, told the paper that these fake life vests can endanger wearers even more than no vest at all.

"Such life jackets are made of backpack material and filled with sponge and because sponge is hydrophilic [water absorbing], it drags people down and causes them to drown," he said.

More than 3,700 people died trying to cross the Mediterranean during 2015, the International Organization for Migration reported this week. It was the deadliest year on record for migrants and refugees in the region.

This week, the bodies of more than 30 people, some children, washed ashore in Turkey after their boats capsized while trying to reach a Greek island, the Associated Press reported.

Images show many of the migrants wearing the apparently faulty life vests.