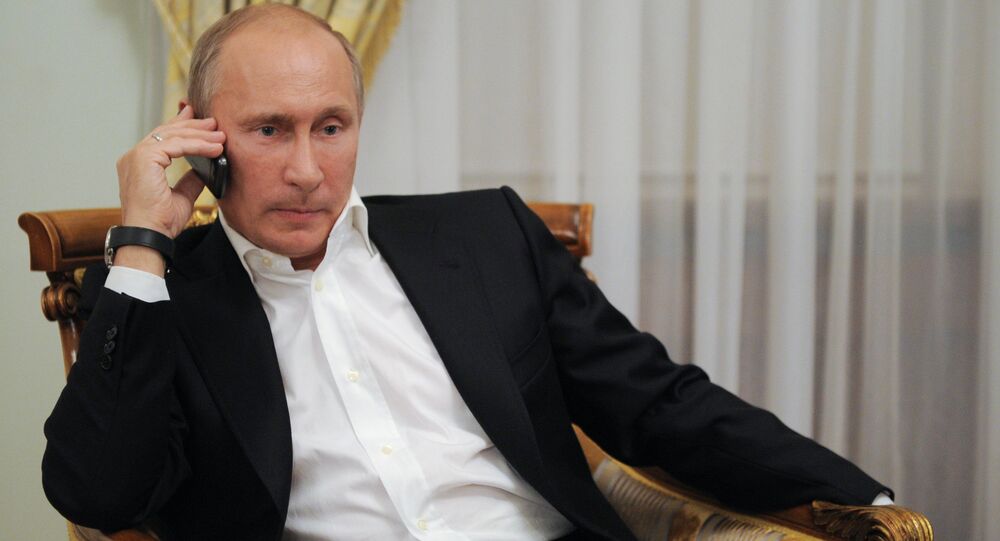 Amid the ongoing political crisis between Saudi Arabia and Iran, everyone is trying to reconcile the two countries; but neither the United States nor France have enough diplomatic resources to do so. As things stand right now, Moscow can be the only one to solve the crisis between Riyadh and Tehran, Slate Magazine reported.

Unlike Western countries, Russia has good working relations with both Saudi Arabia and Iran. This makes Putin the most suitable candidate for the role of a mediator in this conflict.

"This could be Vladimir Puin's special card up his sleeve," Daniel Vernet said, according to Slate.

© AFP 2020 / ABDEL RAHMAN ABDALLAH
Saudi-Iran Crisis Has 'Higher Stakes' Than Ever, May Ruin Mideast Further
The execution of the Shiite cleric sparked significant outrage among Shiites around the world. In Iran, protesters stormed the Saudi Embassy and set it on fire. Riyadh immediately severed its diplomatic ties with Tehran following the incident. Bahrain, Kuwait, Qatar, the United Arab Emirates, Sudan and Djibouti have also called back their ambassadors from Iran.

As the Saudi-Iranian diplomatic row was developing during the first days of 2016, all major powers urged the two sides to "ease tensions." The United States stressed the importance of maintaining negotiations, Federica Mogherini expressed a serious concern on behalf of the European Union, while France called for "de-escalation," the author said.

As much as Western countries want to reconcile Saudi Arabia and Iran, they simply don't have enough diplomatic ties with Tehran to make them need their advice. For example, in recent years France has worked closely with Saudi Arabia on a number of strategic and trade issues. Thus, Tehran has long lost trust in Paris.

Although the United States managed to successfully work with Iran over the issue of its nuclear program last year, the fact that Washington has been a long-time ally of the Saudi government makes it an "unreliable" partner in the eyes of Iran, Vernet explained.

© Sputnik / Michael Klimentyev
Saudi Crown Prince Visits Putin as Two Countries Weigh Mending Ties
As for Russia, it has had good relations with Iran. In Syria, Russia and Iran have the same goal of supporting the government of Bashar al-Assad. However, despite its friendship with Tehran, Moscow has also managed to keep in touch with Saudi Arabia.

Putin met Saudi Crown Prince Muhammad bin Salman last summer during the St. Petersburg International Economic Forum to discuss how the two countries could work together in the future.

Considering that Moscow and Riyadh have opposing interests in Syria, some might think it would be difficult for Putin to find common ground with the Saudi royal family. It certainly will not be walk in the park for Putin, but the Russian president has already showed his willingness to work out political differences and come up with working solutions time and again, Vernet said.