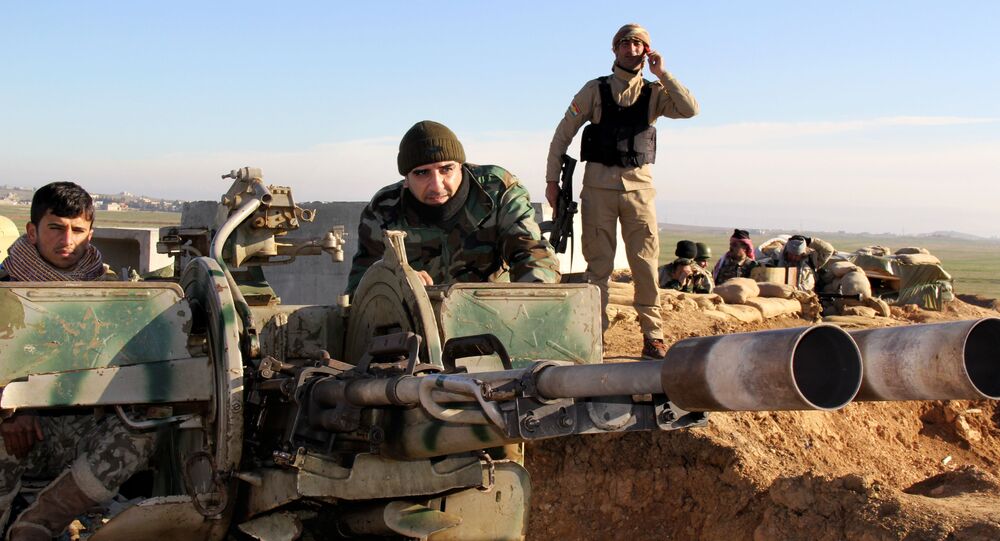 US Should Do More to Arm Kurds, Tribes in Middle East – Congressman

The United States must do more to arm Kurdish forces fighting Daesh (Islamic State) and other sects and tribal groups in the Middle East to reclaim their territory, US Congressman and Chairman of the House Foreign Affairs Committee Ed Royce said during a speech at the American Enterprise Institute on Friday.

© AFP 2021 / AHMAD AL-RUBAYE
'We Have New War on Our Hands': US Should Help Iraqi Forces – SOUTHCOM
The House chairman also said that until Iraq stands up to Iran and engages more with Sunni tribes and the Kurds, Washington should arm the Yazidis, Kurds and Sunni tribes that want to take their villages back.

In recent months, Washington has been trying to work with the Iraqi government to create a local Sunni force to fight Daesh, which is outlawed in Russia. Many Sunnis however, have been skeptical of the Shia majority Iraqi government and Army reclaiming Sunni-dominated areas including the Anbar province.

Meanwhile, the House Foreign Affairs Committee passed a bill in December, that would directly arm and equip the Kurdish Peshmerga. The measure intends to avoid delays in the delivery of defense articles to the Kurds, reportedly caused by the Iraqi central government bureaucracy.

'Look What We Did in Iraq': Trump Blasts US for Destabilizing Middle East

‘US Loses in the Middle East, While Russia Jumps in at the Right Time’