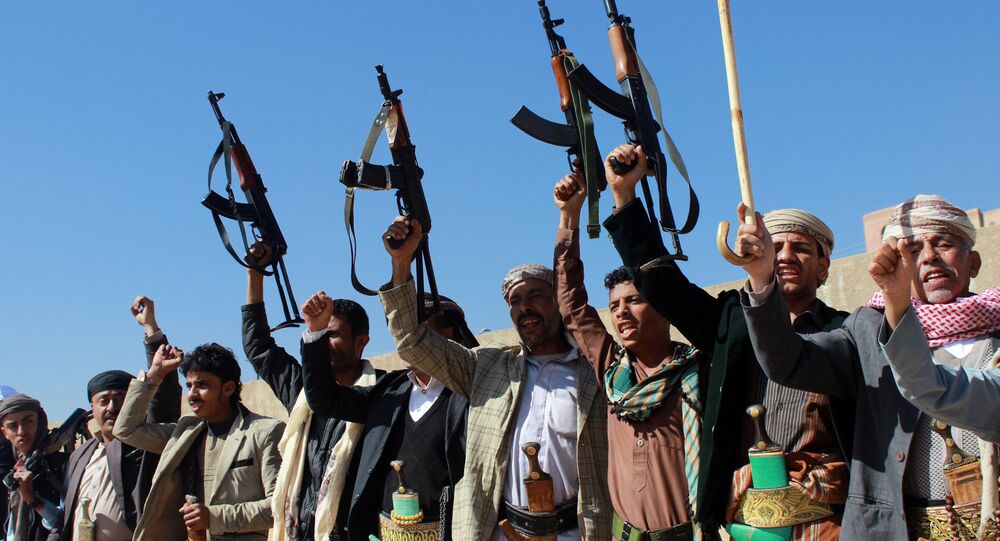 Although a relationship between Saudi Arabia and Iran has already been strained for several decades, the most recent conflict might flare up with new force and destroy the last remaining threads of stability in the Middle East, US political journalist Matt Purple wrote for the National Interest.

The execution of the Shiite cleric sparked large outrage among Shiites around the world. In Iran, protesters stormed the Saudi Embassy and set it on fire. Riyadh immediately severed its diplomatic ties with Tehran following the incident. Bahrain, Kuwait, Qatar, the United Arab Emirates, Sudan and Djibouti also called back their ambassadors from Iran.

"The difference this time is the stakes are much higher," Purple said, according to the National Interest.

© AFP 2020 / ALAIN JOCARD
Keep Calm: Saudi Arabia Rules Out War With Iran
Saudi Arabia's decision to execute al-Nimr might put the entire Middle East in danger, including peace talks in Syria, the international fight against Daesh (Islamic State) and could even radically change the balance of power between Sunnis and Shiites, Purple said in the National Interest.

With the new Saudi-Iranian conflict, negotiations in Syria are at risk. Both Tehran and Riyadh sat at the negotiations table in the past albeit their talks were shaky.

"Expect the disdain at the negotiating table to be heightened, even as Saudi Arabia insists the talks will go on," the US journalist said.

Bahrain might become another problem. After Saudi Arabia cut diplomatic ties with Iran, the government in Manama quickly followed suit with their allies and pulled their ambassador out of Iran. However, Bahrain is ruled by a Sunni monarchy, but the majority of people in the country are Shiite.

© REUTERS / Hamad I Mohammed
Escalating Row: Syria May Fall Victim to Saudi-Iranian Conflict
Following the example of the 1979 Iranian Revolution, Shiites tried to overthrow their Sunni rulers, but have always failed. In 2011, Saudi Arabia sent its troops to Bahrain and violently crushed democratic protests in the midst of the Arab Spring. Now with the execution of al-Nimr, Shiite masses took to the streets of Bahrain and were again met with shots and water cannons. With these things in mind, Purple fears Bahrain could become the new arena for a Sunni-Shia sectarian battle in the Middle East.

The last and probably the worst potential damage that the Saudi-Iranian confrontation might have in the Middle East is to put the fight against Daesh on the back burner. To defeat Daesh, the world, and particularly Middle Eastern countries, must put aside their sectarian differences and work together to fight against a common enemy.

That goal was quite unlikely to happen before the Saudi-Iranian row, but with the new political developments taking place it seems even more unrealistic.

"More energy will be devoted to sectarian warfare and less to fighting [Daesh]," the author said in the National Interest.

With Saudi Arabia obsessed with stopping the rise of Iranian influence in the Middle East, the entire region looks as fragile as ever.