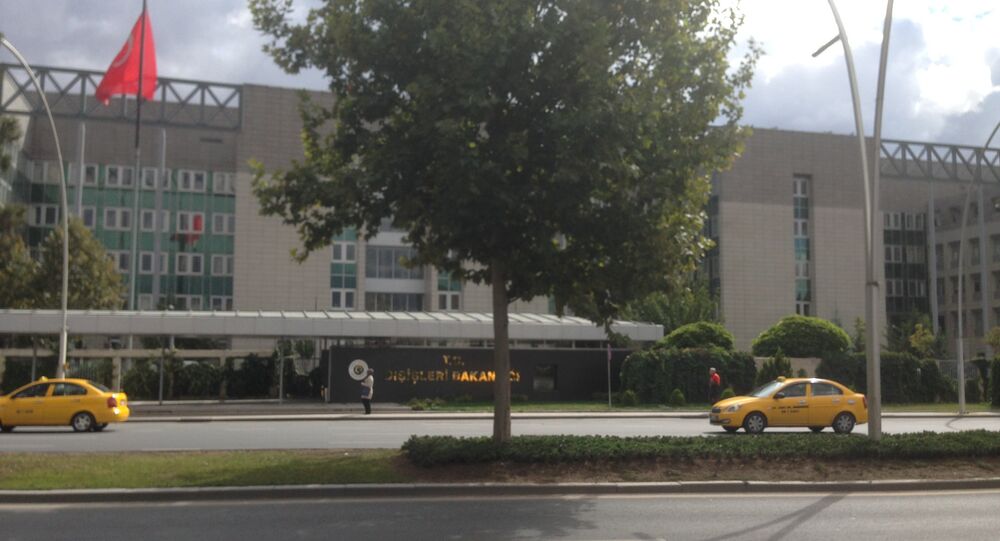 Iran did not confirm the claim that Iran's Ambassador to Ankara had been summoned to Turkish Foreign Ministry amid the deepening row between Tehran and Riyadh, local media reported Friday.

© AP Photo / Ronald Zak
Jordan Summons Iranian Ambassador Over Attacks on Saudi Diplomatic Missions
MOSCOW (Sputnik) — Earlier in the day, The Daily Sabah reported that Turkey had summoned Iran's ambassador over the spread of reports by Iranian media drawing connection between the visit of Turkish President Recep Tayyip Erdogan to the capital of Saudi Arabia, Riyadh, and the execution of a top Iranian Shiite Cleric by Saudi Arabia, which the Turkish president refused to condemn.

According to the Mehr news agency, citing an informed source at Iran's Foreign Ministry, the reports that the Iranian ambassador had been summoned to the Turkish Foreign Ministry is false.

Last weekend, protesters stormed the Saudi Arabian embassy in Iran after Riyadh executed top Iranian Shiite cleric Sheikh Nimr al-Nimr on January 2, along with dozens of other people convicted of "terrorism." Nimr al-Nimr had demanded more rights for Shiites, who are a minority in Saudi Arabia, where most citizens are Sunni Muslims.