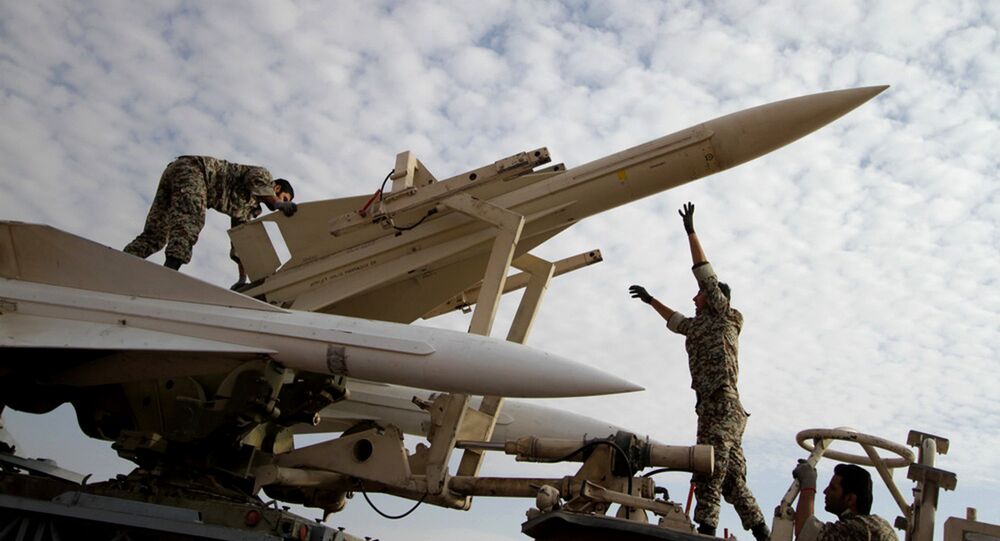 Tensions between the leading Shiite and Sunni powers, Iran and Saudi Arabia, have dramatically escalated following the execution of a prominent Shiite cleric, but whatever goals Riyadh is pursuing, it is hardly capable of countering Iran, a US think tank asserted.

"By itself, Saudi Arabia is no match for the much larger, more populous Iran — and the end of Western sanctions is only boosting Iran's might," Stratfor noted. For instance, "Saudi Arabia's hydrocarbon industry accounts for the vast majority of its economy; its population is smaller and less educated than Iran's, which means Riyadh has struggled to reduce its dependence on the petroleum sector."

© AFP 2021 / ALAIN JOCARD
Keep Calm: Saudi Arabia Rules Out War With Iran
Riyadh has tried to offset these disadvantages by creating a network of allies through military and economic cooperation with other Sunni countries in the region.

"Militarily, Saudi Arabia has launched a 34-country regional 'anti-terrorism' coalition that pointedly excludes Iran and its allies Iraq and Syria," the Texas-based think tank observed. "The coalition bolsters Sunni interests in all the major theaters of the Sunni-Shiite conflict, namely Syria, Iraq, Yemen and Lebanon."

The execution of Sheikh Nimr al-Nimr sparked outrage among the Shiites. In Iran, protesters stormed the Saudi embassy and set it on fire. Riyadh severed diplomatic ties with Tehran following the incident. Bahrain, Kuwait, Qatar, the United Arab Emirates, Sudan and Djibouti also recalled their ambassadors to the Islamic Republic.

The execution, according to Stratfor, was meant to send a signal to Tehran that Riyadh was ready to resort to extreme measures in a bid to counter Iran's influence.

"Though Saudi Arabia will continue to develop a Sunni Arab alliance in the Middle East to combat Iranian influence, it will struggle to mollify Shiite communities within its own borders. This failure will only make sectarian tensions worse," the think tank noted.