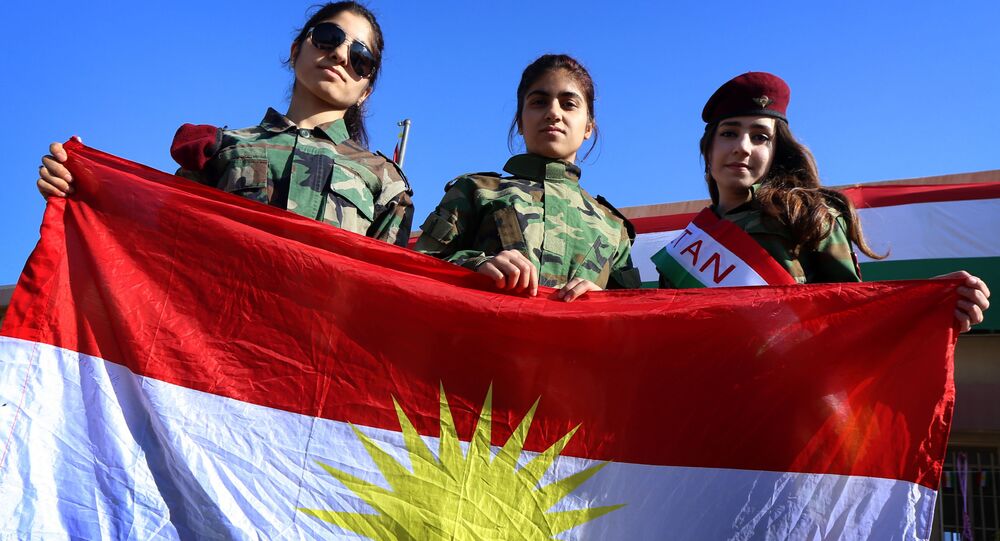 © CC BY 2.0 / Paul Lowry / Oil Pump Jack
Better Off Alone: Iraqi Kurds to Continue Independent Crude Exports in 2016
The President of the KRG Massoud Barzani met with representatives to tell them about Kurdish plans to hold a referendum over whether to declare independence and also declared Kurds will hold a dialogue with Baghdad in their bid, a statement from KRG said on Wednesday.

The president launched a lobbying campaign to gather support for Kurds' dream of an independent Kurdistan.

The decision to hold a referendum for independence was delayed in 2014 when Daesh (also known as Islamic State terrorist group) moved deep into northern Iraq, capturing Mosul.

The Foreign Affairs Representative of the KRG Fellah Moustafa confirmed that Barzani had informed foreign diplomats about the Kurdish plans.

"Holding a referendum and implementing the outcome of that referendum are two different things. A referendum to give the Kurdish people a choice is a natural right," Moustafa said. "We will discuss with the Baghdad authorities the future of our relations and settle some issues democratically through dialogue."