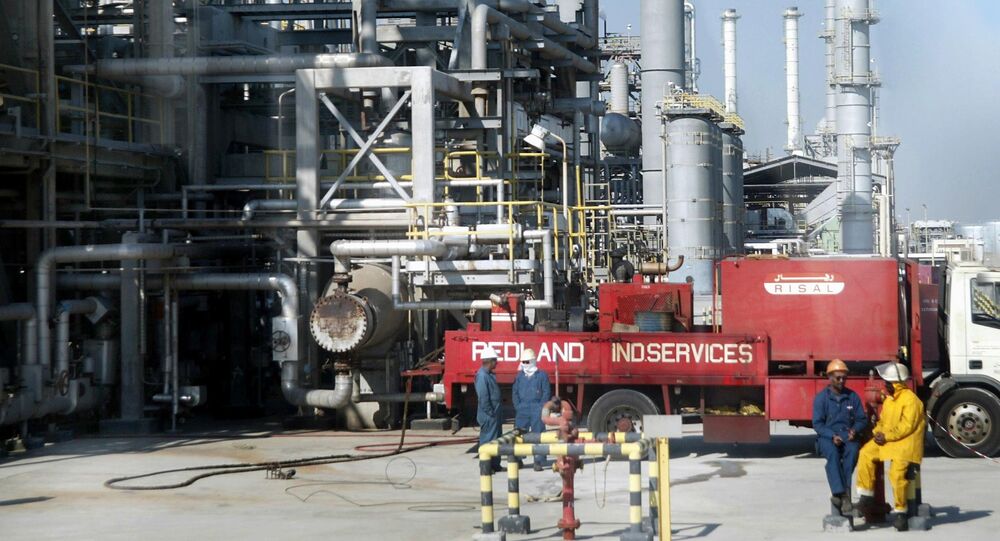 In Saudi Arabia, ruled by a Sunni monarchy, oil is mostly located in regions populated by Shiites. This fuels Riyadh's "deepest fear" which involves Saudi Shiites seceding and allying their oil-rich regions with Iran, a Shiite theocracy, Jon Schwarz wrote for The Intercept.

There's another explanation for Sunni-Shia politics in the MidEast: Oil. Most Gulf oil rests in Shiite areas. pic.twitter.com/NLuCqUZicK

The map shows that "due to a peculiar correlation of religious history and anaerobic decomposition of plankton, almost all the Persian Gulf's fossil fuels are located underneath Shiites," Schwarz noted.

Saudi Arabia is not an exception to this rule. Major Saudi oilfields are located in the largest province of the oil kingdom – the Eastern Province, which contains a majority Shiite population. Prominent Shiite cleric Nimr al-Nimr, who was recently executed by Riyadh sparking outrage among Shiites, lived in the village of al-Awamiyah, located in the Eastern province.

© AFP 2021 / ATTA KENARE
Iranian women gather during a demonstration against the execution of prominent Shiite Muslim cleric Nimr al-Nimr (portrait) by Saudi authorities, at Imam Hossein Square in the capital Tehran on January 4, 2016

"If this section of eastern Saudi Arabia were to break away, the Saudi royals would just be some broke 80-year-olds with nothing left but a lot of beard dye and Viagra prescriptions," Schwarz observed. "As a result, one of the Saudi royal family's deepest fears is that one day Saudi Shiites will secede, with their oil, and ally with Shiite Iran."

In this regard, the House of Saud most certainly views any Shiite victory in the region as a direct threat to its wellbeing. For instance, the US invasion of Iraq in 2003 added fuel to the fire, since US forces overthrew Saddam Hussein's Sunni regime and replaced it with a Shiite one, backed by Iran.

© AFP 2021 / MARWAN NAAMAN
A flame from a Saudi Aramco (the national oil company) oil installation known as "Pump 3" burns brightly during sunset in the Saudi Arabian desert near the oil-rich area Al-Khurais, 160 kms east of the capital Riyadh

"Of course, it's too simple to say that everything happening between Saudis and Iranians can be traced back to oil. Disdain and even hate for Shiites seem to be part of the DNA of Saudi Arabia's peculiarly sectarian and belligerent version of Islam," Schwarz added.

Nevertheless, oil is a major factor contributing to Sunni-Shiite tensions.