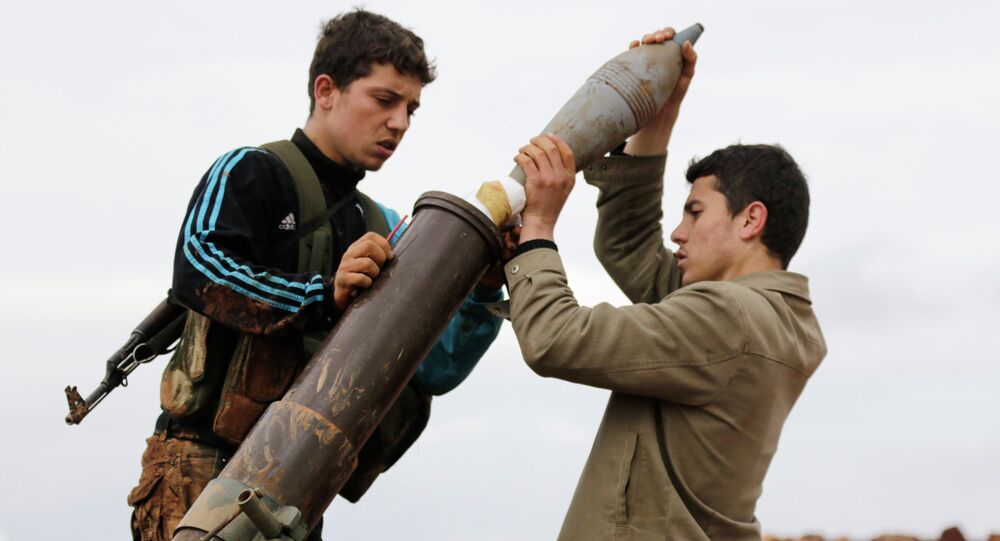 Unexpected: Daesh and al-Qaeda Become Stronger by Fighting Each Other

Hopes were high that Daesh and al-Qaeda would be crippled by fighting each other, but the power struggle between the two terrorist groups that are tearing the Middle East apart has only made them stronger, analyst Ari Heistein wrote for the National Interest.

"Though [Daesh] has managed to overshadow its ideological predecessor in the media, it is becoming increasingly apparent that [Daesh] and al-Qaeda are complementary goods rather than substitutes," the expert on the Middle East observed.

© Sputnik / Dmitriy Vinogradov
Ultimate Hope for Peace: Russia 'is the Driving Force Behind' Syria Peace Talks
The idea that both groups could weaken each other is not based on hope alone. Three facts made such a scenario look possible. The infighting claimed the lives of many al-Nusra Front fighters. Many others chose to switch sides and join Daesh. In addition, several terrorist groups, like Boko Haram, pledged their allegiance to Daesh.

These trends should have dealt a blow to al-Qaeda and its affiliates, like al-Nusra Front, but they have not.

"In fact, many al-Qaeda affiliates have not only remained, but expanded. … The strength of any force should be determined by the quantity and its quality, and in recent years al-Qaeda has improved on both counts," the analyst explained.

© Sputnik / Mikhail Voskresenskiy
Battle for Ancient City: Syrian Army Launches Attack Against Daesh Near Palmyra
Al-Nusra Front and other al-Qaeda offshoots have seen more militants join their ranks. Moreover, their recruits transform into seasoned fighters faster since Yemen, Iraq and Syria serve as a training ground for them.

"It should come as no surprise that these two groups, while theoretically battling each other for leadership in the arena of global jihad, are individually experiencing a great deal of success," the analyst observed.

It follows then that the Western perspective on what is happening on the ground in Iraq, Syria and the Middle East in general has been distorted and needs to be readjusted.

"In an ideal world, the West would simply sit back and watch al-Qaeda and [Daesh] destroy each other without having to lift a finger. However, those idyllic predictions have failed to materialize, and it is possible that what we thought would hurt al-Qaeda and [Daesh] has actually propelled them forward," he noted.