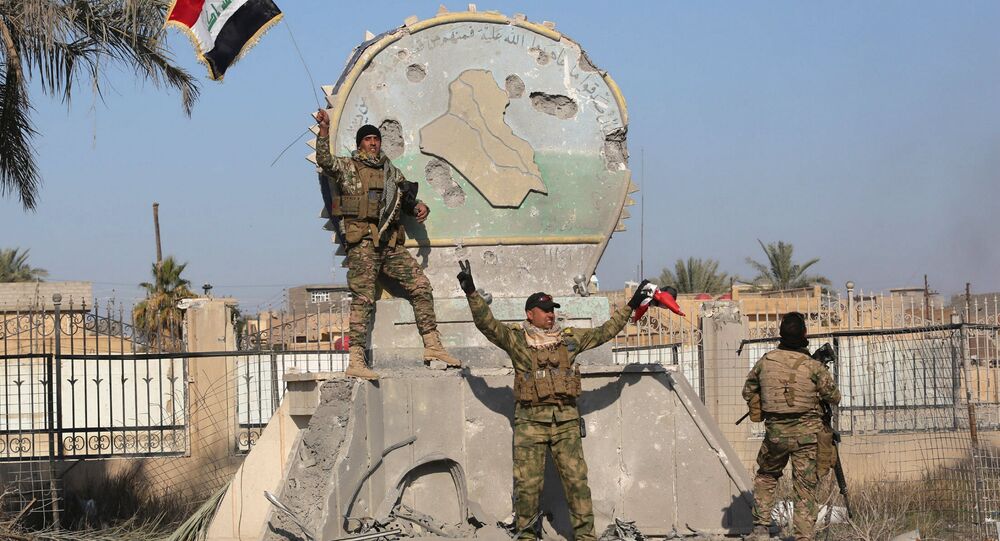 The Iraqi security forces have thwarted a planned attack by Daesh terrorists on a strategic chemical factory in the city of Samarra and continued their advances in Ramadi, Iran’s Fars news agency reported on Thursday.

© REUTERS / Stringer
Iraqi Security Force's Ramadi Liberation Casualties Likely a Thousand - Pentagon
The terrorists were ambushed as they tried to enter the Al-Mothana factory 40 kilometers west of Samarra losing many of their men and several armored vehicles seized by government forces.

Earlier, the Iraqi armed forces and volunteer units continued their advance in Ramadi after securing the central parts of the city.

Lt. Gen. Abdul-Ghani Asadi, commander of Iraq's anti-terrorism contingent, said on Sunday that parts of Ramadi still under Daesh control, would be liberated within the next four or five days.

"Few areas of Ramadi are still controlled by the ISIL [Daesh], they will soon be liberated. We will establish full control over Ramadi in four to five days," Asadi said.

The Iraqi Army will then move on to drive the terrorists out of the city of Fallujah, 70 kilometers west of the capital Baghdad.

"The area surrounding Fallujah is under siege, which allows for attacks on the ISIL militants there," Asadi added.

Last month the Iraqi armed forces began an operation to liberate the center of Ramadi from Daesh terrorists, who have occupied the city since May.