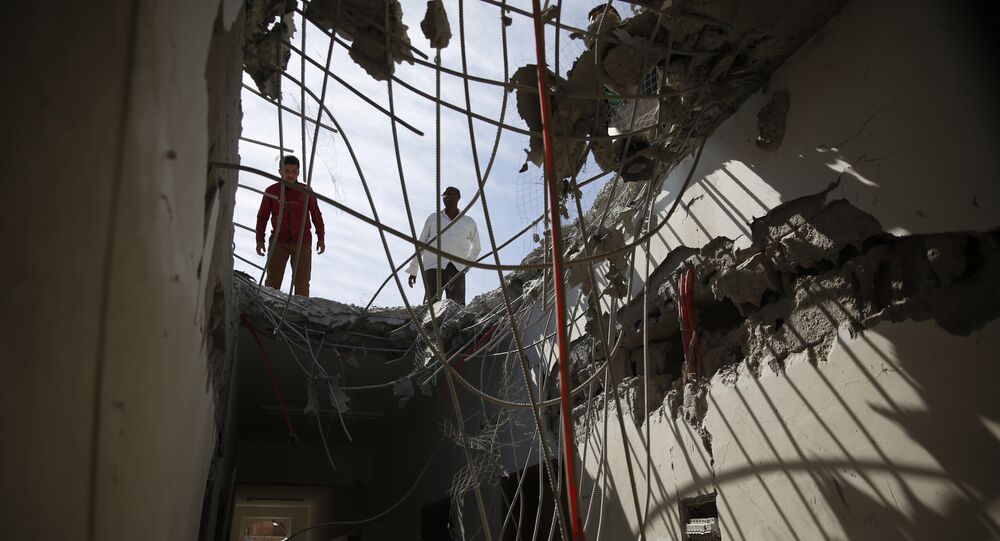 As Saudi Arabia continues its military adventurism in Yemen, the coalition has reached a new humanitarian low – bombing a center for the blind in the capital city of Sanaa.

Less than a week into 2016, Saudi Arabia has already affirmed its continued interest in stirring unrest in the Middle East. On Saturday, the mass execution of 47 people – including a prominent Shiite cleric – led to an international outcry and public demonstrations.

But Riyadh’s continued pattern of capital punishment should not overshadow the ongoing human rights abuses occurring during the Saudi-led bombing campaign in Yemen.

On Tuesday, missiles reportedly fired by coalition aircraft struck the al Noor Center for Care and Rehabilitation of the Blind in Sanaa. The incident has been confirmed by Rupert Colville, spokesperson for the United Nations High Commissioner for Human Rights, according to The Intercept, and one local report indicates that three people were wounded.

"People with disabilities are being struck in their residence," Abdullah Ahmed Banyan, a patient at the al Noor Center, told International Business Times. "Around 1:30 AM, two missiles hit the live-in quarters of a home for the blind. Can you imagine they are striking the blind? What is this criminality? Why? Is it the blind that are fighting the war?"

"The chamber of commerce was targeted last night by an air strike. For what reason?" said Abdel Hakim Naser, head of legal at the Chamber of Commerce, according to International Business Times. "This kind of air strike is not justified and we hope that all sides refrain from targeting commercial and civilian sites and civilians."

Earlier on Tuesday, Colville spoke to reporters in Geneva about the “terrible toll” the conflict is taking on Yemeni civilians. In December alone, 81 civilians were killed.

"This is more than twice the number of civilians reported killed in November," Colville said. "We have also received alarming information on the alleged use of cluster bombs by coalition forces in Hajjah Governorate."

Cluster munitions were banned by 117 nations in 2008 due the indiscriminate nature of such devices. Neither the United States nor Saudi Arabia signed onto that treaty, and Washington has been providing Riyadh with a stockpile worth $1.2 billion.

The United Nations estimates that as many as 2,795 civilians have been killed since the conflict began nine months ago. Another 5,324 have been wounded, and the Saudi naval blockade has left approximately 1 million people internally displaced, with as many as 20 million people in desperate need of food, water, and medical supplies.

While Saudi officials have repeatedly predicted that the conflict is nearing its end, Riyadh has not even begun to press into Yemen’s highlands, where Houthi fighters have the strongest presence.