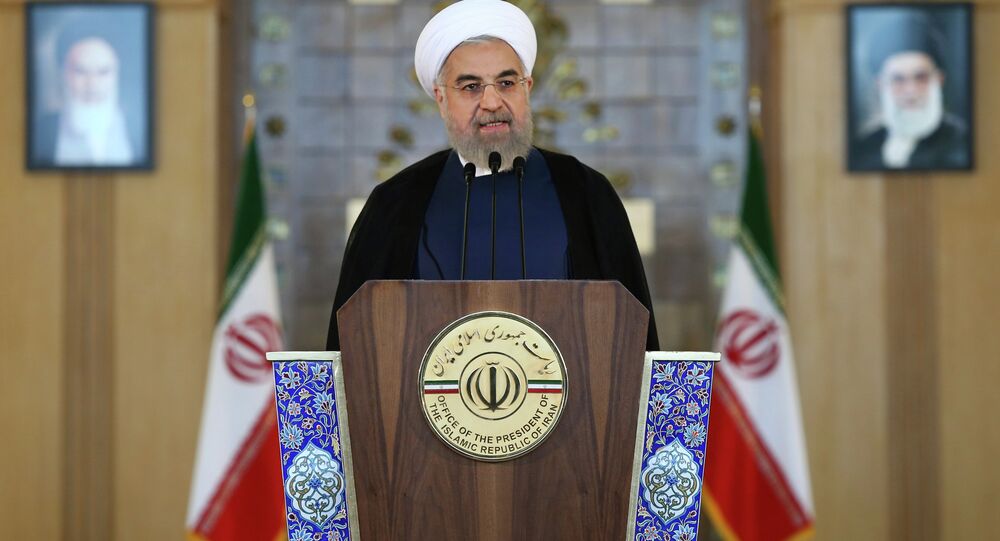 Iranian President Hassan Rouhani said Saudi Arabia needed chaos in the region to cover up its own failures.

MOSCOW (Sputnik) – Saudi Arabia does not want stability in the region, as "chaos" would help the country to cover up its domestic and regional failures, Iranian President Hassan Rouhani said Wednesday.

​The Iranian leader accused Riyadh of exacerbating the divide between the Sunni and Shia Muslims, as well as of undermining the Iraqi and Syrian governments by funding and arming extremists.

​Riyadh announced on January 2 it had executed for alleged terror-related offenses a total of 47 people, including Shiite preacher Nimr al-Nimr.

Following the incident, protesters attacked the Embassy of Saudi Arabia in Tehran and the country's General Consulate in Mashhad.

We seek good relations with all countries. We condemn the attack on #Saudi embassy & consulate. All political missions should be protected.

​The events led to Riyadh breaking off diplomatic ties with Tehran, with other regional countries following suit.