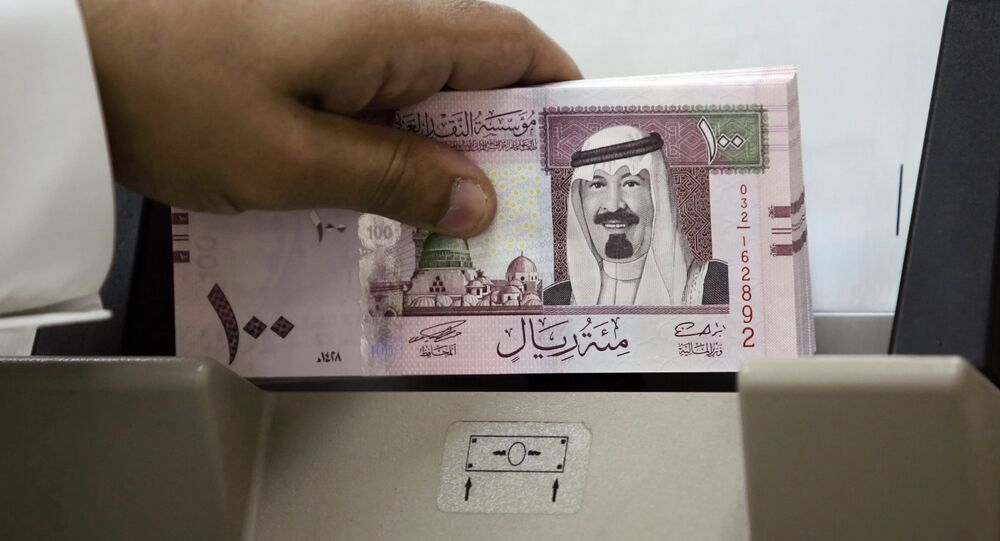 Saudi Arabia’s riyal tumbled against the US dollar amid the ongoing diplomatic row with Iran.

Saudi Arabia broke off diplomatic ties with Iran on Sunday hours after Iranian demonstrators stormed the kingdom’s diplomatic missions in Tehran and Meshhad protesting against the execution of Sheikh Nimr.

One-year dollar/riyal forwards spiked to 680 points from about 425 points on Thursday.

Over the past few months Saudi Arabia has seen its national currency plunge to a 16-year low on fears that its huge budget deficit driven up by falling oil prices may force Riyadh to float the battered riyal.

The ongoing crisis in relations with Tehran could stifle foreign investment. This would be bad news for Riyadh, which needs foreign funding to avoid borrowing from domestic banks to fund the budget deficit.

"One-year forwards will likely touch 800 points levels this week, depending on the level of escalation of the events between Saudi and Iran," a senior bank trader from the region said, speaking on condition of anonymity.

On Saturday Saudi Arabia announced the execution of Sheikh Nimr al-Nimr and 46 other people in a move that drew angry condemnation from Sunni and Shiite Muslims worldwide.