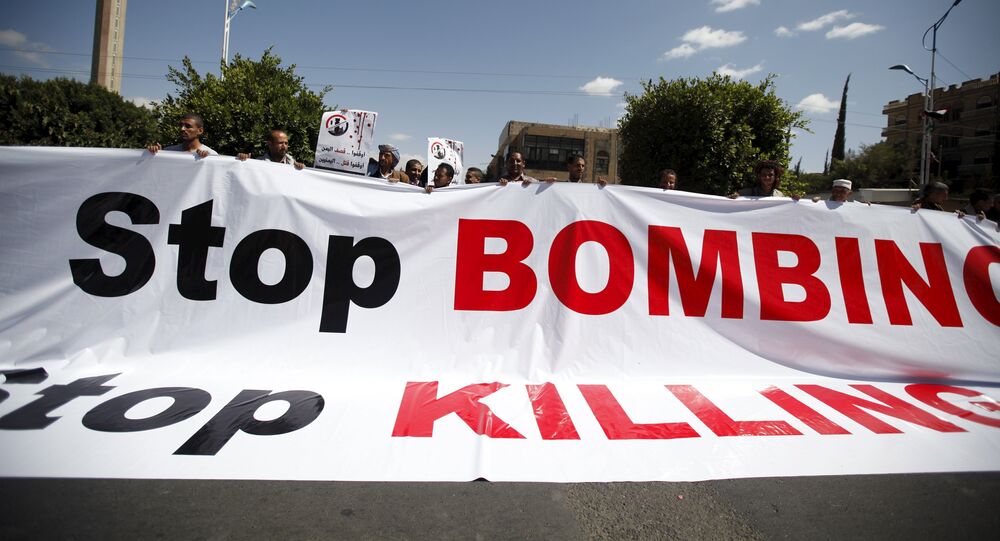 Parts of cluster bombs have been found in northwestern Yemen, an area regularly pounded by Saudi warplanes, Iranian media wrote on Wednesday.

Local sources earlier said that Saudi military aircraft had once again used internationally-banned cluster bombs in airstrikes on the village of al-Odair.
A spokesperson for the OHCHR said it had received “alarming information on the alleged use of cluster bombs by Saudi-led coalition forces in Hajjah.

Inspectors discovered fragments of 29 cluster bombs during a visit to the village of Al-Odair where witnesses claimed other villages had also been affected, with civilians stepping on unexploded submunitions.

The bombs, which release multiple “bomblets” over a wide area, can indiscriminately kill civilians long after conflicts have ended by failing to detonate until they are stepped on.

Saudi Arabia has been accused of using cluster munitions in Yemen where its warplanes targeted civilians and residential areas also in the northern Sa’ada Province.

According to updated UN figures, Saudi airstrikes have killed almost 3,000 innocent civilians and injured over 5,000 since Riyadh launched its aerial campaign in Yemen in March 2015.

Yemeni sources insist that more than 7,500 people have since been killed and over 14,000 others injured in the campaign.