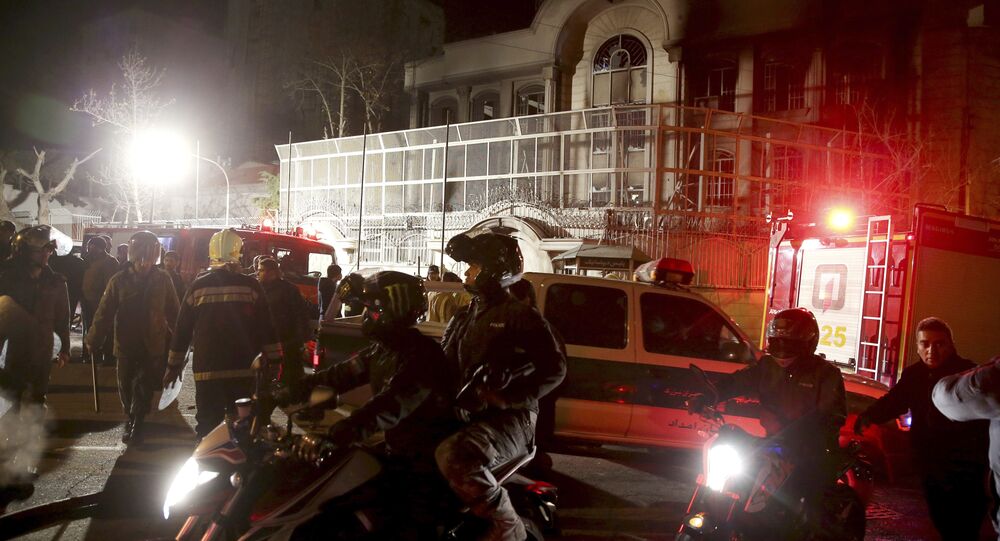 Russia could play a leading role in resolving the crisis between Saudi Arabia and Iran as it is a mediator both conflicting sides would be willing to deal with, Iranian political analyst Jafar Nematzadeh told Sputnik.

© AFP 2021 / ALEXANDER NEMENOV
Russia Ready to Mediate Conflict Between Saudi Arabia, Iran
On Sunday Saudi Arabia broke off ties with Iran after protesters stormed its diplomatic missions in Tehran and Meshhad following the execution of the prominent Shiite cleric Nimr al-Nimr.
A senior Foreign Ministry source in Moscow  earlier said that Russia was ready to act as a go-between to settle the conflict between Tehran and Riyadh.

“Russia could play a leading role in ending this crisis. Its mediation is welcomed by the Iranians and not opposed by the Saudis, therefore Moscow could act as a neutral go-between here,” Nematzadeh said.

He added that similar attempts by the US, the Gulf countries or Turkey were doomed to fail due to Tehran’s complete rejection of their mediation.

Nematzadeh said that the ongoing crisis with Riyadh could encourage Tehran to better coordinate its ongoing war on terrorism and the jihadist groups in Syria with Russia.

“This, however, could result in Riyadh ordering the radicals in Syria to step up their attacks on the Syrian army and its allies thus undermining the ongoing search for a political solution to the conflict there,” Jafar Nematzadeh emphasized.