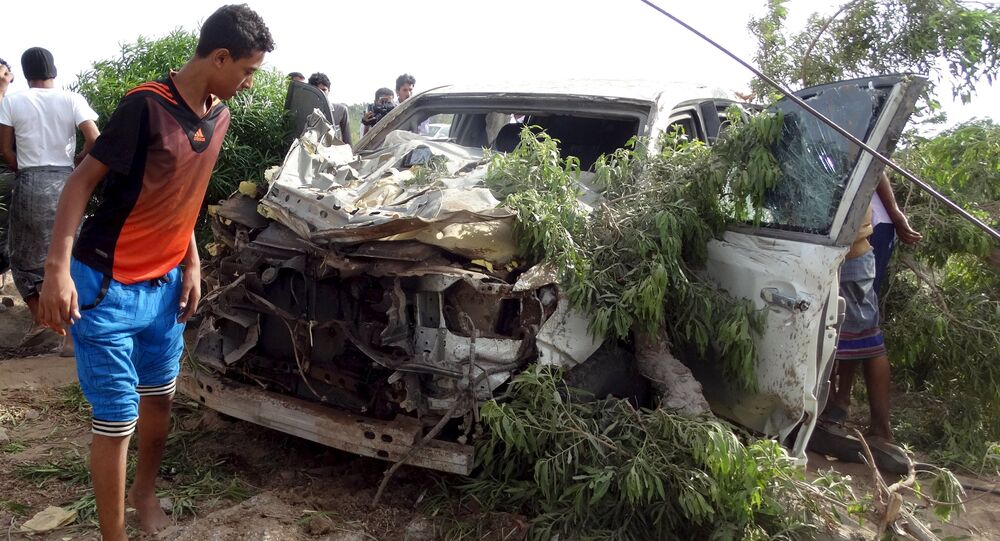 Governor of Yemen's port city of Aden Aidarous Zubaidi has survived a car bomb attack on his convoy, which left at least six wounded, a source from local security services told Sputnik Tuesday.

SANAA (Sputnik) — According to the source, Zubaidi was accompanied by Lahij province Governor Naser Khubadzhi, who also sustained no injuries in the attack.

"At least six people from the governor's escort were wounded, one of them is in critical condition," the source said.

The source added that shootings between radicals and law enforcement officers in some districts of the city, including the neighborhood of the Mualla port, were taking place.

The incident comes days after the Aden authorities declared a curfew following the Sunday attack in the city, which left 17 people dead.

Since late March, a Saudi-led coalition has been carrying out airstrikes against Houthi positions at the request of Hadi.

Russia Urges All Parties to Yemeni Conflict to Stop Fighting