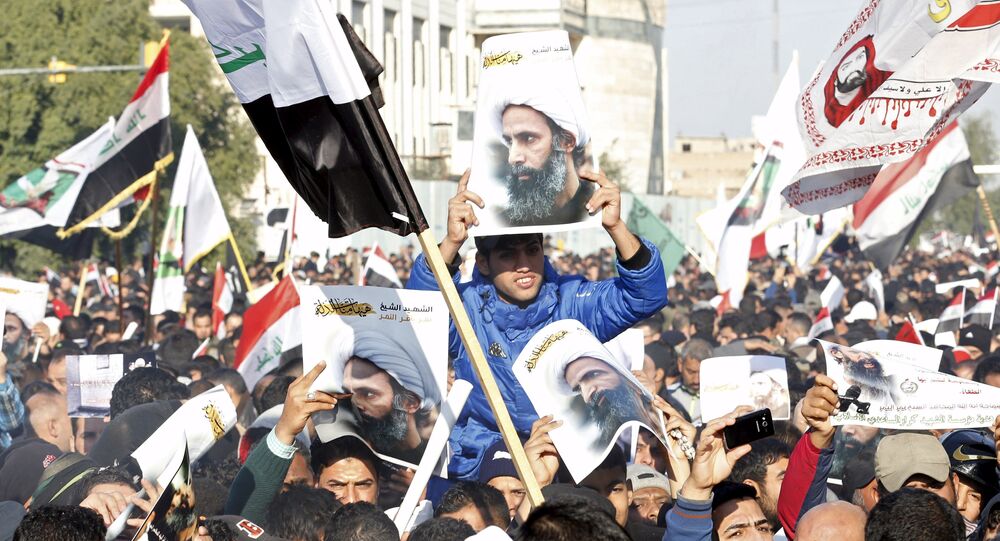 Although Saudi Arabia’s decision to cut diplomatic ties with Iran might have come as a surprise to many, the rivalry between Riyadh and Tehran is a long one, the French newspaper La Tribune said.

Shiite Iran and Sunni Saudi Arabia have been longtime rivals in the region. Fearing the rise of Iran's influence in the Middle East, Riyadh has consistently supported the enemies of Iran and repressed Shiite and any pro-Iranian demonstrations, La Tribune said.

"[The rivalry] is some 30 years old and is Cold War which doesn't have its name," said Thierry Coville, a researcher from the Institute for International and Strategic Relations (IRIS), according to the French newspaper.

To understand and see the whole picture behind the current political crisis between the two countries one has to look back into history and remember at least seven other political events which show that the diplomatic crisis has been long time coming, La Tribune said.

1980 — Saudi Arabia and its allies financially support Iraq against Iran

During the bloody war between Iran and Iraq (1980 — 1988), Saudi Arabia financially supported Iraq and urged Bahrain, Qatar, the United Arab Emirate to do the same. Riyadh feared that the 1979 Iranian revolution threatened the stability of the Middle East.

Saudi authorities violently attacked  pro-Iranian demonstrators who were protesting against pro-Israel and US policies during an annual Islamic pilgrimage in Mecca. A total of 402 pilgrims, including 275 Iranians, were killed. After the massacre became public, protesters took to the streets of Tehran, occupying the Saudi embassy and setting the Embassy of Kuwait on fire. Saudi diplomat Moussa'ad al-Ghamdi died from his injuries during the incident.

© AP Photo / SPA, File
Saudi Arabia and Turkey are 'Diluted Flavors' of 'Sunni Supremacism'
Riyadh began to feel anxious about Iran's nuclear program, despite Tehran reiterating that its program was designed only for peaceful purposes. The Saudi government believed Iran was trying to get nuclear weapons to increase its political weight in the Middle East. At the same time, following the US invasion of Iraq in 2003, a Shiite majority came to power in Baghdad, which further scared the Saudis.

In the wake of the Arab Spring, large scale pro-democracy protests broke out in Bahrain, Saudi Arabia's ally. Fearing that demonstrators, many of whom were Shiite and were aligned with Iran, the Saudis sent in their army to help the government of Bahrain to shut down the protesters.

Following clashes between the police and Shiite protesters, the Saudi government arrested Shiite Imam Nimr al-Nimr, accusing him of cooperating with a foreign state, Iran. Prior to his arrest al-Nimr called for the separation of Saudi Arabia's eastern province of Qatif and al-Ihsaa from the kingdom.

© AFP 2020 / GEORGE OURFALIAN
Saudis to Attend Next Syria Talks Despite Breaking Ties With Iran - Envoy
Saudi Arabia became one of the main supporters of Islamic rebels seeking to overthrow the Syrian government led by Bashar al-Assad. Riyadh accused al-Assad of "genocide" of Sunni populations and Iran being an "occupying power" in Syria due to its support of the Assad government.

In late March of 2015, Saudi Arabia and its Arab allies formed a military coalition to bomb Houthi rebels, allied to Iran, in Yemen. Saudi-led airstrikes caused a major humanitarian crisis in Yemen, which affected some 20 million people or 80 percent of the country's population, according to the UN.