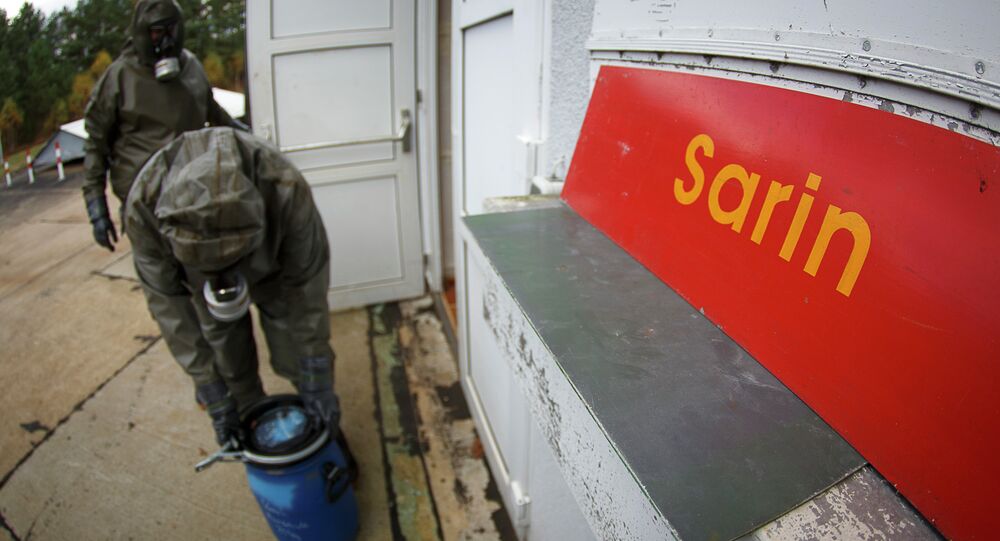 Facts point out that Islamic radicals including Daesh are probably using chemical weapons, according to the Russian Foreign Ministry.

MOSCOW (Sputnik) – Moscow believes the probability that militants from Daesh (Islamic State) have used chemical weapons in Syria to be “very high,” the head of the Russian Foreign Ministry’s department for issues on the nonproliferation and control over weapons said Tuesday.

“Several times we have noted facts of the probable use of chemical weapons by IS militants and in a broader sense by Islamic radicals, beginning with the attack in [the Syrian city] of Khan al-Assal in March 2013 against government forces,” Mikhail Ulyanov said.

He said that Moscow has called for investigations into information on the use of chemical elements by Daesh and their possible deliveries from Turkey, to include sarin gas.

“Since facts are shown in one direction, then we believe the probability that the weapons are being used by militants is very high,” Ulyanov said.

On December 14, Turkish CHP party member Eren Erdem said in an interview with the broadcaster RT that chemical weapon materials for the production of sarin gas had been delivered to Daesh terrorist group in Syria via Turkey in 2013. According to Erdem, the Turkish authorities knew about these supplies.

The UN Organization for the Prohibition of Chemical Weapons (OPCW) has found out that people in Syria might have been exposed to sarin or a sarin-like gas in at least 11 incidents reported by the Syrian government, according to a UN report published Monday.

Sarin is a lethal gas, classified by the UN Resolution 687 as a weapon of mass destruction and banned by the UN Chemical Weapons Convention of 1993. By late October 2014, the OPCW declared nearly 98 percent of the chemical weapons in Syria have been removed and destroyed.