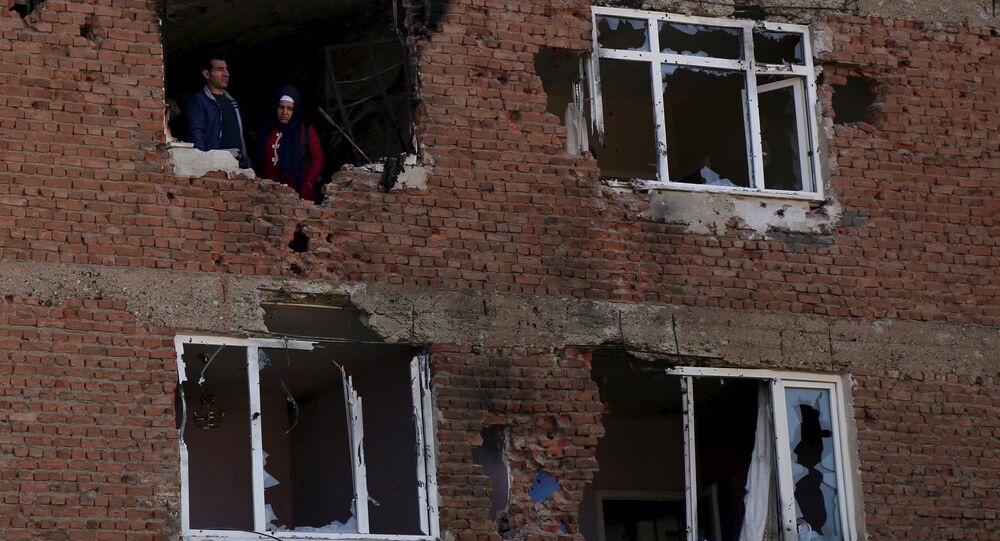 Kurdish neighborhoods in Silopi and Diyarbakir are under attack from Turkish military forces. Heavy tank bombardment in civilian areas is being reported.

On the 20th day of a curfew, several Silopi neighborhoods in southeastern Turkey have come under heavy gunfire from tanks and armored vehicles, according to local media.

​“Residents are trying to find shelter in safe areas as the neighborhoods, which house thousands, are being targeted by heavy fire from tanks and armored vehicles that have surrounded the area under curfew,” ANF News described.

The Kurdish neighborhoods of Barbaros, Basak and Zap have introduced self-rule and have strong local self-defense, including YDG-H youth units, who are resisting government forces attempting to impose the curfew, ANF News reported. YDG-H, or Patriotic Revolutionary Youth Movement, was founded in 2013 by Kurdistan Workers’ Party (PKK) youth members.

pkk militants are under qandil's command, which ydgh city youth isnt. they're locals resisting state suppression.yes with weapons, how else?

WHO would ever have imagined then, that these young people would resist the Turkish state so fiercely! #TwitterKurds https://t.co/h9UjbQlNyT

​“People struggling with hunger and thirst take shelter in the basements of their houses. No passages are allowed out of the blockade,” People’s Democratic Party of Turkey, (HDP) reported on Saturday.

A local Kurdish official, Emine Esmer, a co-mayor of Silopi, was taken into custody and released while investigating a water shortage in the municipality, according to BestaNews.com.

​Reports from the Kurdish district of Sur in Diyarbakir, also under curfew, say that tank bombardments in the residential areas intensified on Saturday, with two people injured, according to Jin News Agency.

​The HDP reports that almost 200 people have been killed during the blockade and attacks by Turkish government forces. Over 100,000 people have reportedly been displaced in ongoing military actions in Turkey’s majority-Kurdish southeast.

Aftermath of the 19-day curfew and onslaught in #Mardin's #Dargeçit district which ended 3 days ago. https://t.co/t6VCgFoIrW