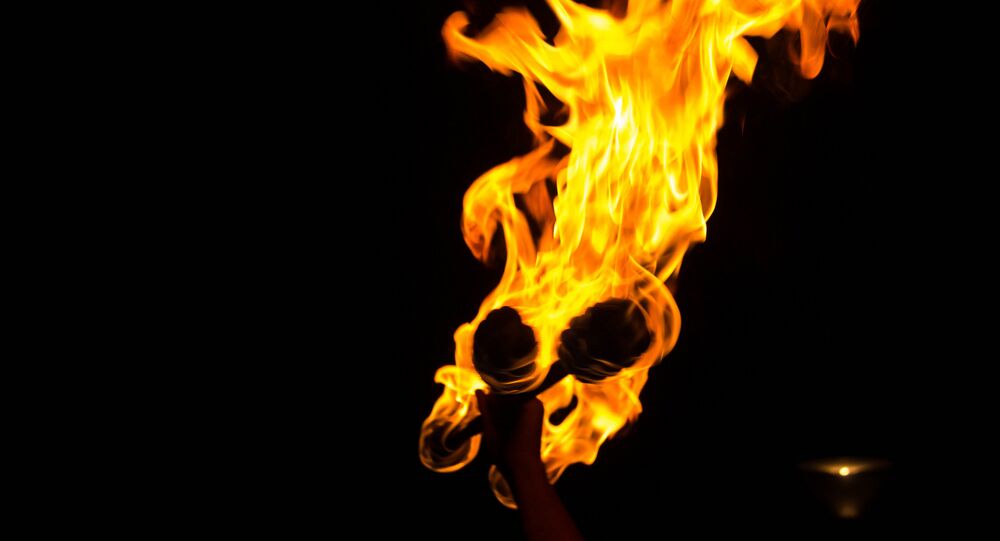 A crowd of protesters in the second most populous Iranian city of Mashhad attempted to set the Saudi consulate ablaze after the execution of a prominent Shiite cleric in the Sunni monarch, local media reported Sunday.

DUBAI (Sputnik) – Sheikh Nimr al-Nimr was among 47 people convicted of terrorism whose execution was announced by the Saudi interior ministry earlier on Saturday.

© AFP 2021 / ATTA KENARE
Protesters Storm Saudi Embassy Building in Tehran
Protesters in Mashhad brought highly flammable materials to the Saudi consulate in the city, the Saudi Sabq newspaper reported. A certain number of the protesters were able to scale the wire fence surrounding the consulate, the outlet added.

A journalist with Iran’s Shargh daily has posted photographs of what appeared to be Iranian protesters holding a Saudi flag outside the consulate building.

The journalist has published images and video footage of what appeared to be the Saudi embassy in the Iranian capital of Tehran engulfed in flames. Subsequent photographs depicted protesters storming and looting the embassy building.

Al-Nimr was sentenced to death on charges of inciting hatred and disobedience to the Saudi king in 2014, two years after his arrest during anti-government protests.

Saudi Arabia, among the world’s top state executioners, has stepped up prosecution of terrorism-related crimes in early 2014. The over 150 people executed in 2015 constituted the highest recorded figure in two decades, according to Amnesty International.