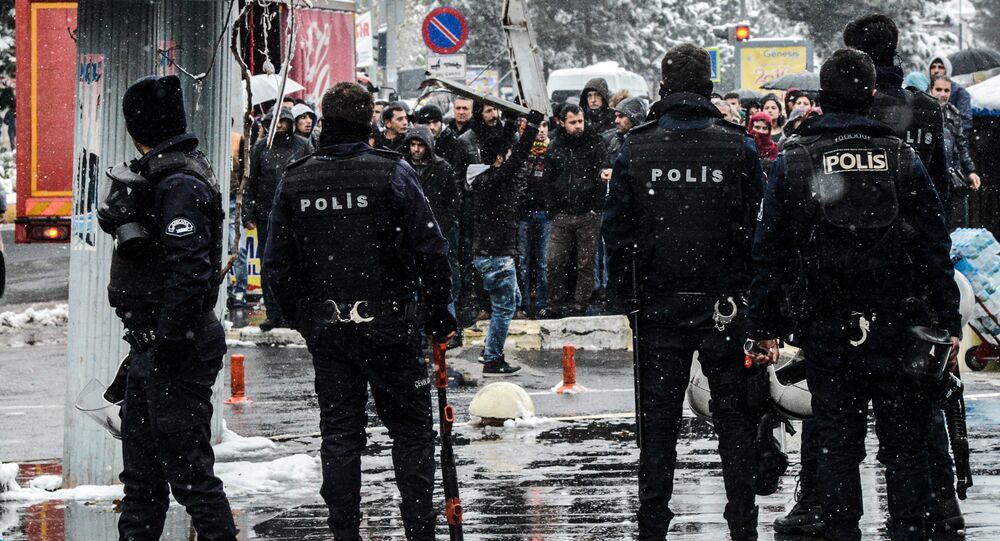 Pro-Kurdish Party Should ‘Pay Price’ for Calling for Anatolia Autonomy

"The statements of the two co-leaders are definitely a constitutional crime," Erdogan said, as quoted by Today's Zaman newspaper. "I believe a process that would start with the lifting of their immunity would positively affect the atmosphere in our country regarding the fight against terrorism."

Co-chairmen of the HDP Selahattin Demirtas and Figen Yuksekdas are facing an investigation launched by the Chief Public Prosecutor’s Office in Diyarbakır for "inciting people to revolt," "propaganda for a terrorist organization" and "attempting to disrupt unity of the state and the country" for their statements at a Democratic Society Congress (DTK) meeting on December 26-27.

© REUTERS / Sertac Kayar
Get Out of the Street: Turkish Police Violently Crash Kurdish Rally
Last week, Demirtas attended the two-day congress hosted by Kurdish groups that are looking for more self-governance for the Kurds in the country. Demirtas reportedly spoke in support of self-rule in the predominantly Kurdish southeastern Anatolia.

Following the congress, prosecutors in Ankara and the southeastern province of Diyarbakir launched investigations regarding Demirtas' remarks.