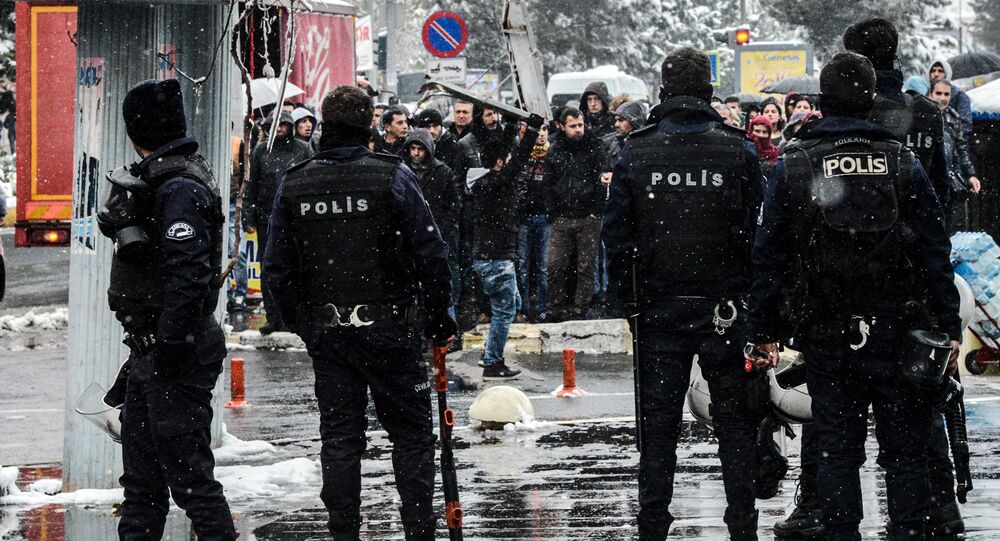 Turkey is predicted to continue struggling in 2016, as it conflict with ethnic Kurds intensifies and economic problems continue to affect the country.

The past year has been difficult time Turkey, but 2016 is not expected to be easier as most of the domestic and foreign policy issues remain unresolved, and Turkey will have to deal with them all coming months, according to Turkish Hurriyet Daily News columnist Murat Yetkin.

One of the main problems is the war in Syria and the limited possibilities to influence the situation due to the presence of Russia, with which Ankara now has extremely tense relations.

"Syria’s civil war is likely to continue despite peace efforts. As a part of the U.S.-led coalition against ISIL, Turkey’s moves in the Syria theater would be limited because of the Russian presence there, after the downing of the plane, unless President Erdoğan manages to find a way out with Russian President Vladimir Putin," Yetkin wrote.

© AP Photo / Francois Mori
Erdogan's Ego Could Push NATO 'To Go to War Against Russia'
This makes the Turkish authorities nervous, especially considering the success of the Syrian Kurdish Democratic Union Party (PYD). The Turkish authorities could close the 98 kilometers portion of the border with Syria which is controlled by the Daesh terrorist group, But it "could mean an end to Turkey’s Syria policy for the last four years."

Yetkin called Turkey's issues with its Kurdish minority another issue, together with work on the new constitution of the country, which would make Erdogan the dominant executive. Another issue is Turkey's economic difficulties, which are partially due to the breakdown in relations with Russia and Russia's embargo, which has affected tourism and construction sectors.

Turkey is trying to bridge the gap by bringing in the Gulf, but this may not be enough, according to Yetkin. Ankara would have to rely more and more on Europe, as well as to establish relations with Israel, he concluded.

'Turkey’s Expansionistic Interests Coincide With Those of US, EU'