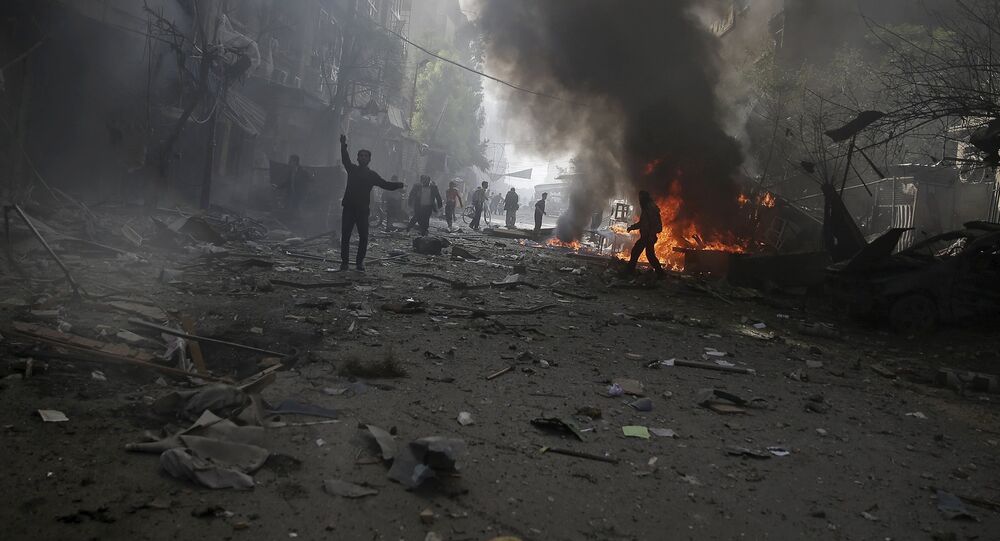 The US political and military establishment wants to use the oldest trick in the book to ensure that the Middle East will never be peaceful and stable, geopolitical analyst Steven MacMillan wrote for New Eastern Outlook.

The strategy, known as divide and conquer, involves dividing Iraq and Syria into independent ethnic and religious mini-states – Sunnistan, Kurdistan, etc. Those, who champion this approach, claim that it will bring peace to the war-torn region, but its real purpose, according to the analyst, is the opposite.

"The Western elite's strategy is to create a Middle East (and a world for that matter) devoid of strong, sovereign, independent nation-states that can resist imperial advances," MacMillan observed. "Fracturing countries into feuding micro-states ensures Western interests are not confronted with a cohesive entity which can collectively unite to oppose this belligerent force."

© AFP 2021 / JEAN-MARC MOJON
Bad Idea: Dividing Iraq and Syria Into Mini-States Will 'Trigger New Wars'
MacMillan's comments came in response to Barak Mendelsohn's opinion piece titled "Divide and Conquer in Syria and Iraq; Why the West Should Plan for a Partition," which was recently published by Foreign Affairs.

Mendelsohn urged the US to adopt a new strategy for Syria, which would be focused on carving out an independent Sunni state. This, according to Mendelsohn, is the only way to encourage moderate Sunnis to tackle radical Sunnis, including Daesh.

"Mendelsohn's so-called 'solution' for the region is in fact the strategy Western powers have been pursuing in the Middle East for years. His proposal is pretty much identical to the preferred 'outcome' for Syria articulated by the former US Secretary of State … Henry Kissinger," MacMillan explained.

Former US Ambassador to the United Nations John Bolton shared similar ideas in a recent piece for the New York Times.

"Make no mistake about it; the strategy of the US had always been to create a Sunni micro-state in Eastern Syria and Western Iraq to isolate Assad," MacMillan asserted.