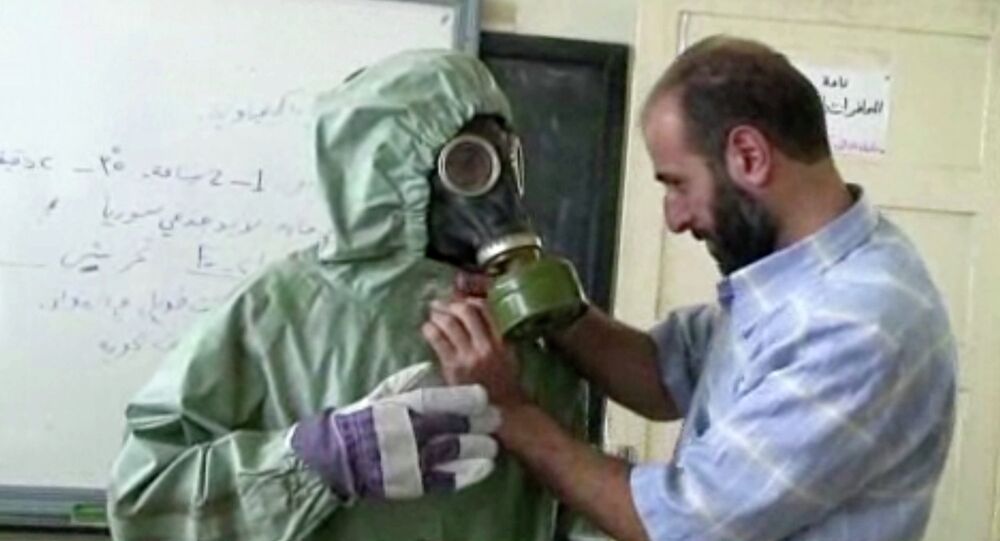 In May 2013, media reported that Turkish special service officers arrested members of Syrian opposition group who were in possession of two kilograms of sarin.

© AFP 2021 / PHILIPP GUELLAND
Daesh Receives Toxic Sarin Gas Ingredients From Turkey – Lawmaker
Moscow conducted a thorough investigation of the incident and expressed hope that Turkey would provide information regarding the detention of the militants. However, two months later, all detainees were released pending trial.

Later on when the court established that the materials they were trying to obtain could in fact be used to produce sarin, a warrant for the arrest was issued.

The case sparked political controversy when the deputy of the Turkish opposition Republican People's Party (CHP) Eren Erdem said in an interview with RT that Turkey knew about Islamic State-bound shipments of deadly sarin gas passing through its territory.

Eren Erdem was accused of treason by Ankara's top prosecutor and criminal investigation was opened against him.

© AP Photo / Vadim Ghirda
Erdogan Lashes Out at Lawmaker for Revealing Turkey-Sarin-Daesh Cover-Up
But after addressing the parliament and saying that the Turkish president had started a smear campaign against him, Erdem went even further by accusing the Turkish authorities of complicity, stating that the government pressured the prosecutor of the case into toning down the accusations and ending the trial rapidly.

The prosecutor of the case involving the five Turkish suspects recently denied Erdem's accusations in a statement, saying the Turkish suspects were released because they were not found to be in possession of the materials used for sarin production, while rejecting the idea that the justice minister pressured him into bringing the case to a close immediately.

Two CHP deputies said that the Turkish government was out to get Eren Erdem and had launched a lynching campaign against the deputy.

What's Behind Strategic Alliance Between Saudi Arabia and Turkey?