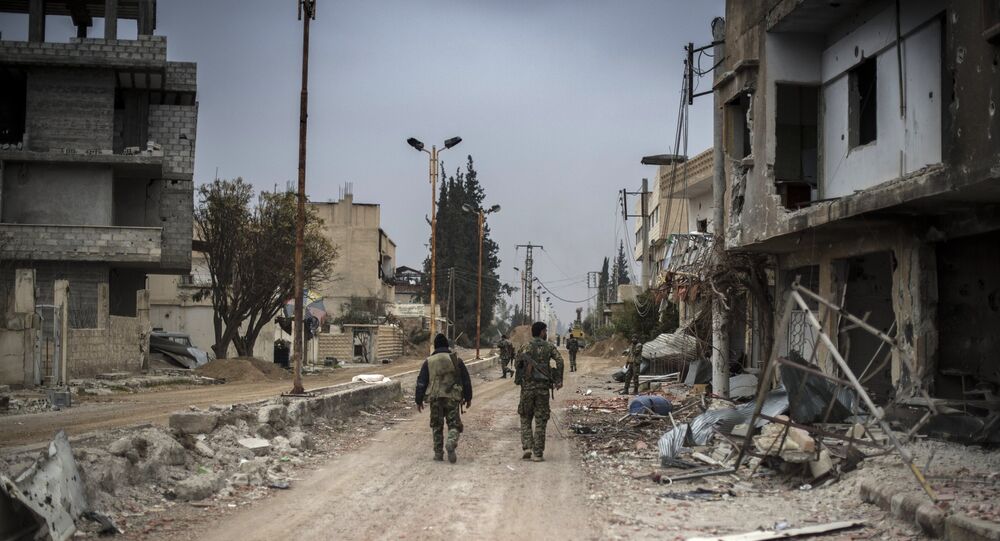 Syrian government forces have established control over the central square in the town of Sheikh Miskin, near the al-Omari Mosque in the province of Daraa, Syrian command reported.

“The army established control over the central part of Sheikh Miskin in the suburbs of Daraa. The main square and the area around the al-Omari Mosque have been liberated," according to the report.

A military source told RIA Novosti that the offensive began after the terrorist supply routes were cut off.

© Sputnik / Valery Melnikov
Gaining Ground: Syrian Army Establishes Control of Many Strategic Areas
According to the source, in the course of several hours 11 militants were killed, including four commanders of the militant groups operating in Sheikh Miskin.

On Tuesday, Syrian command confirmed they had established control over the 82nd brigade camp, near the al-Hosh height, 22 km from the terrorists’ main stronghold in the province of Daraa.

Syria has been engulfed in an armed conflict since March 2011. The Syrian Army has been fighting various terrorist groups, including Daesh (Islamic State) and the al-Nusra Front. Currently, backed by Russian airstrikes, the Syrian Army is advancing against the terrorists in many parts of the country.