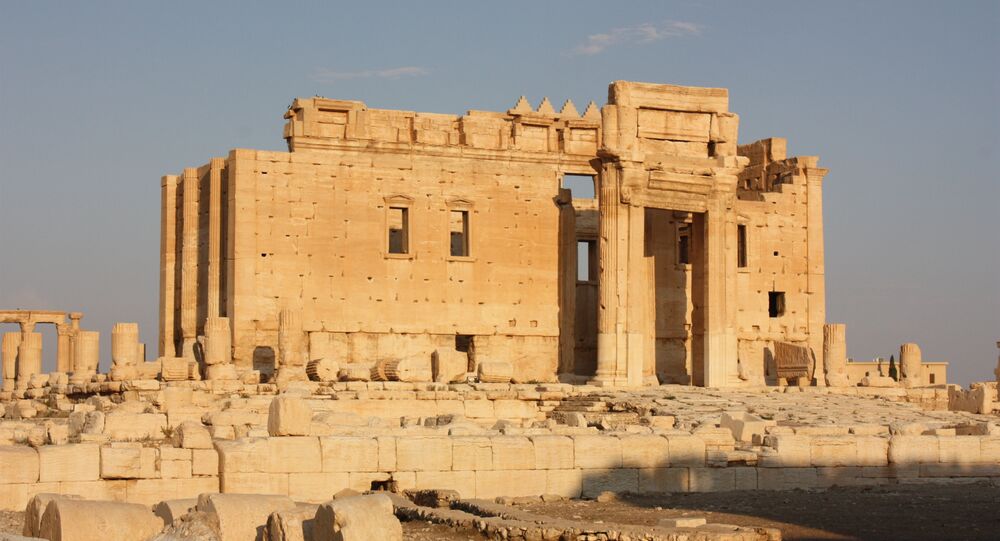 6,500 Smuggled Artefacts Are Back to Syria

In an exclusive interview with Sputnik, Dr. Ma'moun Abdel-Kareem, head of the Directorate-General for Antiquities and Museums in Syria said that its employees managed to retrieve approximately 6,500 smuggled ancient artifacts and return them home.

Several countries in the Middle East have cooperated with Syria in order to bring back 6,500 smuggled antiquities, the expert told Sputnik.

"We got back ancient artifacts and registered them in our departments, precisely those in Damascus. I should highlight that Lebanon brought around 90 artefacts back to Syria," Abdel-Kareem said.

At the same time he mentioned that not all neighboring countries cooperated with Syria on the issue. For instance, Turkey and Jordan refused to provide Syria with any information on the smuggled artefacts, while Ankara even accused the members of the mission "of politicizing the operation."

© AFP 2021 / JOSEPH EID
Turkey Not Cooperating With Syria on Returning Smuggled Artefacts
"They say ‘we know our job and what we do'," Abdel-Kareem complained, adding that additional data from both countries could make the operation more efficient.

The Directorate-General for Antiquities and Museums (DGAM) is a Syrian government owned agency that is responsible for the protection of all national heritage sites in the country. Among other activities, the agency recently organized a tour to several countries, during which its representatives explained how to fight the smuggling of Syrian artefacts and how to put an end to such crimes.

"We spoke about the importance of saving these pieces and bringing them back to where they belong in a safe way. The security police in different countries of the world should be responsible of controlling the black markets in their countries and help Syrians face this problem," Abdel-Kareem said.

Many precious Syrian antiquities were reportedly destroyed or seized by Daesh terrorists. According to reports, members of the terrorist group made millions of dollars selling ancient artifacts and carrying out other illegal activities.

Turkey Not Cooperating With Syria on Returning Smuggled Artefacts