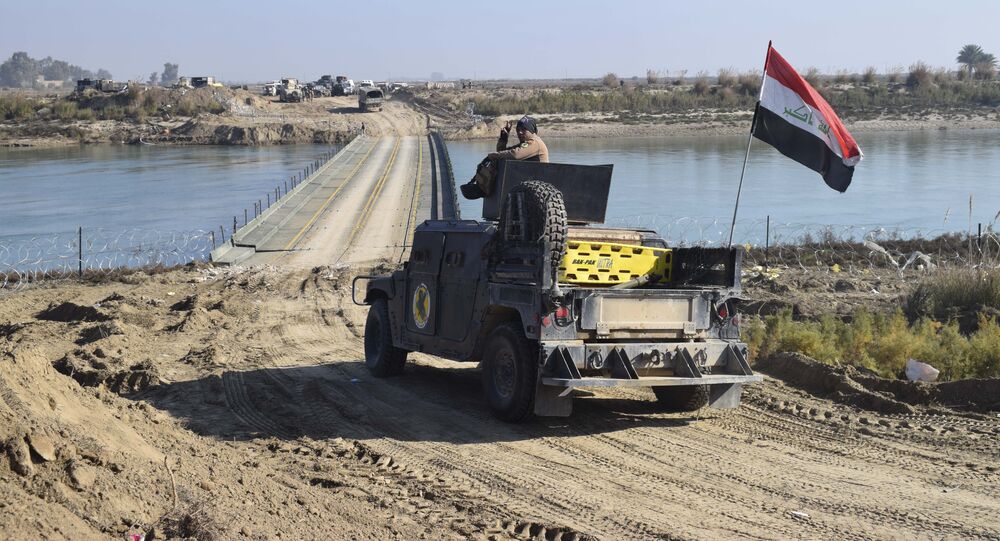 The Iraqi Army announced on Monday that it had gained full control over the strategically important city Ramadi from Daesh terrorists, the army said in a statement.

Iraqi forces have raised the country's flag above the recaptured government compound in the city of Ramadi.

"The city of Ramadi was liberated, the Iraqi Armed Forces have raised the Iraqi flag above the government compound in Anbar. With the help of Allah, we will liberate the rest occupied cities," a statement obtained by Sputnik said.

© AP Photo
Iraqi Army Regains Control Over Ramadi's Gov't Compound
On Sunday, media reported that the Iraqi military had managed to establish control over a government compound in the central Iraqi city of Ramadi, previously used by Daesh.

Last week, the Iraqi armed forces began an operation to liberate the center of Ramadi from Daesh extremists, who have occupied the city since May. According to Iraqi intelligence, around 250 to 300 radical Islamist militants had been holding central districts of the city.

"The province of Ninawa may become the next stop for the Iraqi Armed Forces, which are ready for this goal," Abdallah said.