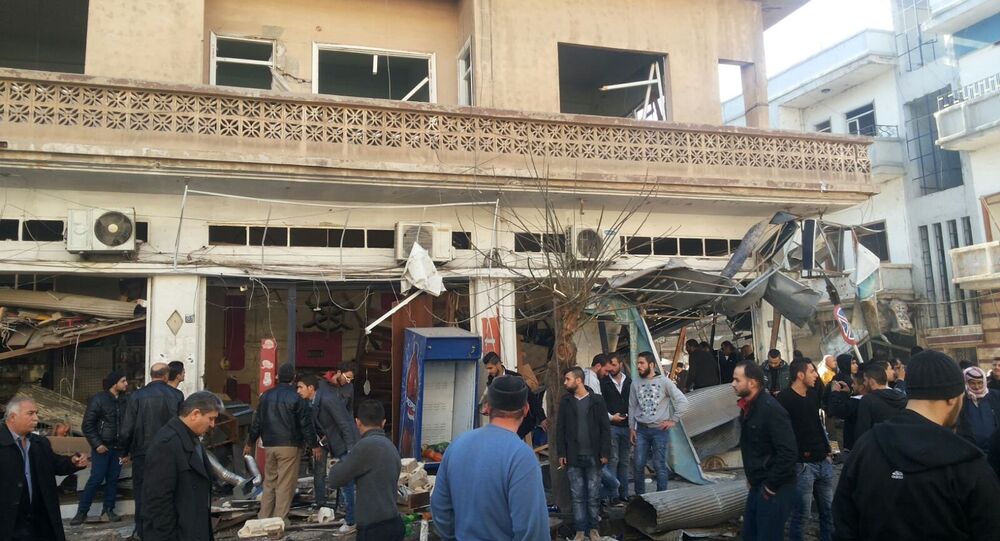 At Least 30 Killed in Triple Attack in Syria's Homs

According to preliminary information, over 30 were killed and dozens injured in a triple explosion in the center of the Syrian city of Homs, a police source told RIA Novosti Monday.

"The suicide bomber blew himself up, almost immediately a car bomb exploded, and then another explosive device detonated at the site of the previous attack. According to preliminary data, over 30 were killed," the police source said.

First picture of the explosion in Homs right now pic.twitter.com/ucb3JAEhqb

The source added that the attack took place near the Ruqyah medical clinic in the center of Homs.

BREAKING: Footage of the aftermath of the triple-blast terrorist attack in the Zahraa neighbourhood in Homs, #Syria. pic.twitter.com/IXNaqaHH1a

On December 12, terrorists detonated a car bomb near a hospital in the center of the Syrian city of Homs. The attack killed 22 people and injured 10. Daesh claimed responsibility for the attack.

Syria has been mired in civil war since 2011, with opposition factions and Islamist terrorist groups such as Daesh and al-Nusra Front fighting the Syrian Army.