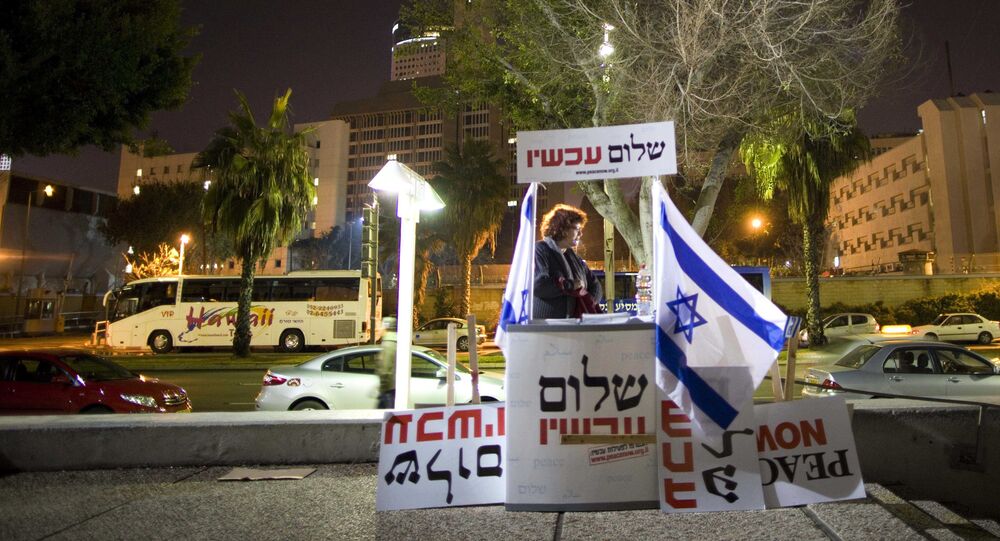 Representatives of local NGOs with foreign funding will have to wear special identity tags inside the Knesset similar to the ones worn by lobbyists, according to the draft bill that was passed by Israel's Ministerial Committee for Legislation.

According to The Times of Israel newspaper, representatives of such organizations, if the law is passed, will have to wear special identity tags inside the Knesset similar to the ones worn by lobbyists.

© Sputnik / Vladimir Astapkovich
Israel May Toughen Law on NGOs With Foreign Funding
The media added that proponents of the bill, that would affect primary leftist NGOs funded by the European states, believe that financing of political forces in Israel from abroad represent an interference in internal affairs of the country.

“The blatant interference of foreign governments in internal matters of the State of Israel with money is an unprecedented, widespread phenomenon that violates all rules and norms in relations between democratic countries. Financial support by foreign countries to NGOs acting in the internal Israeli sphere destabilizes the sovereignty of the State of Israel and calls into question the authority of the government that was elected by the public,” Justice Minister Ayelet Shaked said commenting on the bill as quoted by the media.

Now the controversial draft, previously criticized by the European Union and even some members of the ruling Israeli coalition, has to pass three readings in the local parliament in order to enter into force.