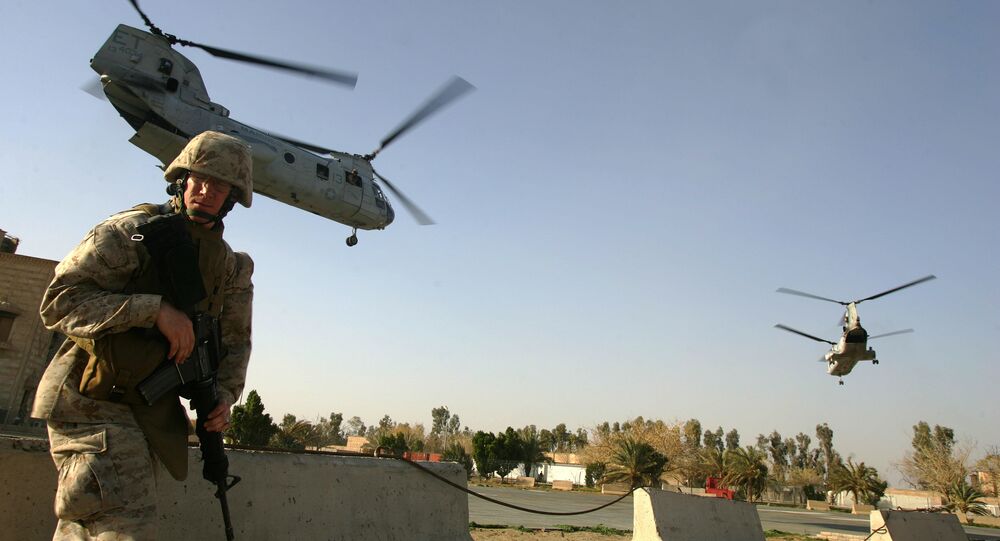 Love Thy Enemy? US Plot to Evacuate Top Jihadis From Ramadi Uncovered

A US plot to evacuate Daesh leaders from the strategic city of Ramadi in central Iraq has reportedly been disclosed by a volunteer forces commander.

© AP Photo
Iraqi Government Forces Advance on Daesh in Center of Ramadi City
An Iraqi volunteer forces commander has revealed US plans to evacuate Daesh (ISIL/ISIS) leaders from the central Iraqi city of Ramadi, according to the Iranian news agency FARS.

The disclosure comes as the Iraqi army and popular troops are attempting to secure victory over the jihadist group in Ramadi.

FARS quoted Imam Khamenei Battalion Commander Haidar al-Hosseini al-Ardavi as saying that "the delay in operations to liberate the cities of Ramadi and Fallujah in Anbar province has been the result of US interference."

"It seems that the US intends to evacuate the ISIL terrorist group's infamous ringleaders secretly (with helicopters) from Ramadi to unknown places," he was quoted by FARS as saying.

His remarks came amid efforts by Iraqi security forces to continue gaining ground in Ramadi's central areas, where hundreds of Daesh terrorists are trapped under siege.

© AP Photo / Osama Sami
Liberation of Ramadi: Operation Could 'Yield Good News' in Several Days
On Wednesday, it was reported that the Iraqi troops had managed to make significant advances in Ramadi after they reached the Tigris River and started entering the city center after crossing the al-Khor Bridge.

In another development, the army's special forces attacked Daesh hideouts in the al-Zubat neighborhood of the city, and started liberating government buildings in the al-Hoz district of Ramadi.

Earlier this week, Iraqi Army Chief of Staff Lieutenant General Othman al-Ghanimi said his troops needed only days to completely drive Daesh out of Ramadi, which has been under Daesh control since May 2015.