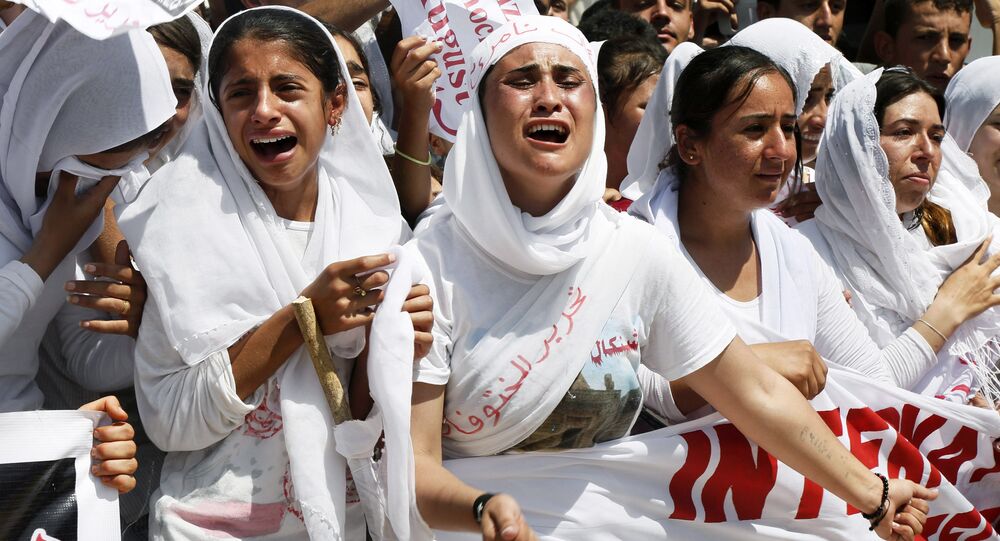 Revelations of Daesh's infamous sex slave trade extending across the Syrian border into Turkey prompted legal action from one of the country's legal associations.

The head of a Turkish legal association in the country's southern city of Gaziantep said that he filed a complaint against Turkish police and its national intelligence agency after a German documentary revealed that Daesh, also known as ISIL, carried out the slave trade of women in the country, RT reported.

In the documentary produced by German television channel ARD, a Kurdish man tries to buy back a Kurdish Yazidi women sold into slavery. One of the transactions is apparently made in Turkey's Gaziantep, less than 25 miles from the Turkish border.

"We decided to file a complaint after the allegations were made on German ARD TV. They alleged that the Yazidi people were traded by ISIL in a slave market here in Gaziantep. The prosecution must investigate this," Bertas Sarkli, the Gaziantep Bar Association head, told RT.

© Photo : Youtube/PressTV Documentaries
Russia Calls for Harsh Measures Against Daesh in Response to Abductions
A Turkish parliamentarian condemned the news, saying that more has to be done by Turkey to stop the flow of Daesh fighters and resources.

According to reports, up to 5,000 Yazidi women are being kept as sex slaves by Daesh, in a campaign by the terrorist group, which has been described as a genocide.

Turkey's MIT national intelligence agency has previously been implicated in the smuggling of arms across the Syrian border, which led to the jailing of several journalists, who revealed the case.