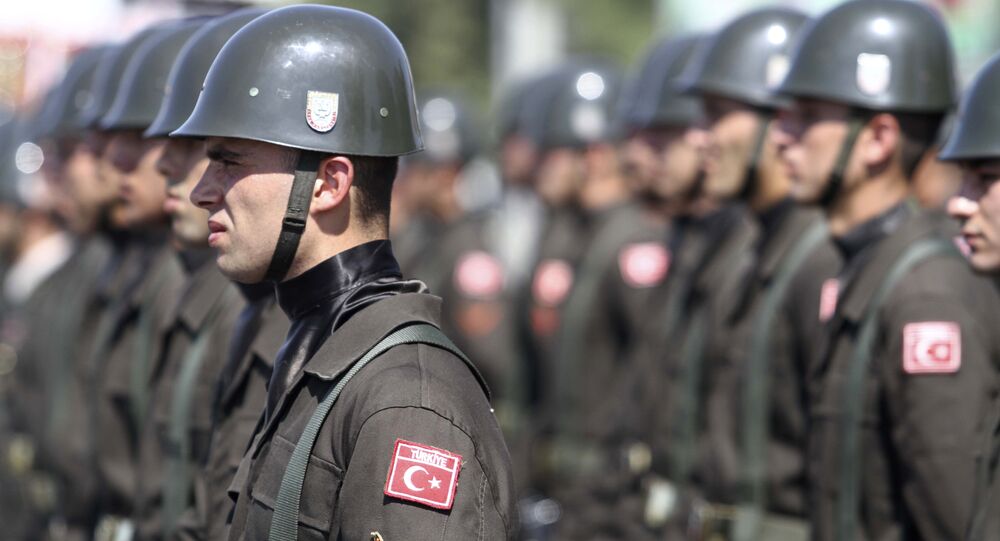 Some members of the Turkish military stationed at the Syrian border were apparently communicating with Daesh militants, according to media reports.

The wiretapping was part of an investigation launched by Ankara Chief Prosecutor’s Office after six Turkish citizens were reported as missing and were possibly recruited to join Daesh by their relatives, the newspaper adds.

The prosecutor’s office obtained permission to tap the phones of 19 people suspected of facilitating contact between the missing people and Daesh. The investigation revealed that some of the suspects had helped the wannabe Daesh recruits get in contact with the Islamist movement, and to obtain the documents they needed to cross the border with Syria, as well as a means of transportation.

The transcripts of the wiretapped phone conversations between the suspects and the Islamist militants obtained by the newspaper also suggest that at least several members of the Turkish military assisted the Daesh operations.

According to Today’s Zaman newspaper, the investigation was relegated to the military prosecutor's office of the Gaziantep 5th Armored Brigade Command on March 15, 2015, as the suspected involvement of the army officers put it outside of the Ankara Chief Prosecutor’s Office’s jurisdiction.