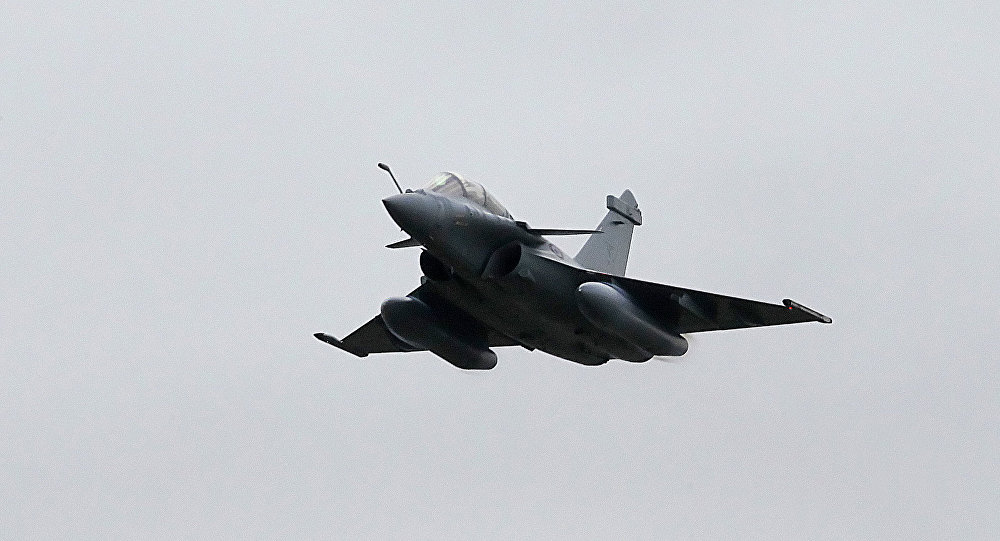 A week after the creation of a government of national unity in Libya - and on the 64th anniversary of the country's independence - the country's ambassador to the United Nations (UN) says Italy, France, the UK and the US are preparing airstrikes against Daesh, also known as ISIL, in the country.

The airstrikes will come four years after NATO airstrikes led to the toppling of Muammar Gaddafi, but which destabilized the country leading to civil war and allowing Daesh to gain a foothold in many of the oilfields of Libya.

© REUTERS / Esam Omran Al-Fetori
All Political Forces in Libya Must Be Included in New Gov't Formation – Russian Envoy
Although NATO forces were asked by the interim government of Libya in 2011 to continue assisting it in stabilizing the country after years of rule by Gaddafi, the UN Security Council refused, allowing the country to disintegrate into civil war.

Now — in what some critics see as an about-turn by the West — the UN Security Council on December 23 has unanimously adopted a resolution hailing the formation of "the Presidency Council and called on it to work within the 30 days prescribed by the agreement to form a Government of National Accord, and finalize interim security arrangements needed to stabilize the North African country, which has been plagued by factional fighting since the 2011 revolution."

​It called on all Member States to fully support Martin Kobler, Special Representative of the Secretary-General and Head of Mission to Libya to develop a coordinated package of support to build the capacity of the Government of National Accord.

In particular, the condemned "terrorist acts committed in Libya by groups proclaiming allegiance to [Daesh]" and "urged Member States to "actively support the new Government in defeating ISIL, groups that have pledged allegiance to ISIL, Ansar Al Sharia, and all other individuals, groups, undertakings and entities associated with Al-Qaida operating in Libya, upon its request."

Ibrahim Dabbashi, Libyan ambassador to the UN, told La Stampa newspaper: "Italy, France, Britain and the United States are preparing air strikes to hit the bases of the Isis in Sirte. I believe that as soon as the political conditions allow, will take action."

Italian Foreign Minister Paolo Gentiloni said it was: "an important step towards the stabilization of the country," pointing out the lead role Italy has played in the Libyan peace process. "The Security Council — says paragraph 6 of resolution — urges all Member States to respond urgently to requests for assistance from the government," and then to launch the peace mission that Italy aims to drive, Gentiloni said.

​Kobler, the Head of the UN Libya mission said Thursday: "I congratulate all Libyans on the occasion of the country's Independence Day. Today marks 64 years since Libya declared its independence. The year ahead, Libya's 65th year as an independent state, will be an important one.

@KoblerSRSG if you had been working as you were spreading wishes to us!! our conflict would've been sloved Mr Kobler. #Benghazi #Libya

​"With the signing of the Libyan Political Agreement Libyans have a clear plan for rebuilding a strong, united and peaceful Libya. It is important for all Libyans to unite in support of the Government of National Accord — one government for one country. In unity there is peace. In peace there is prosperity," Kobler said.