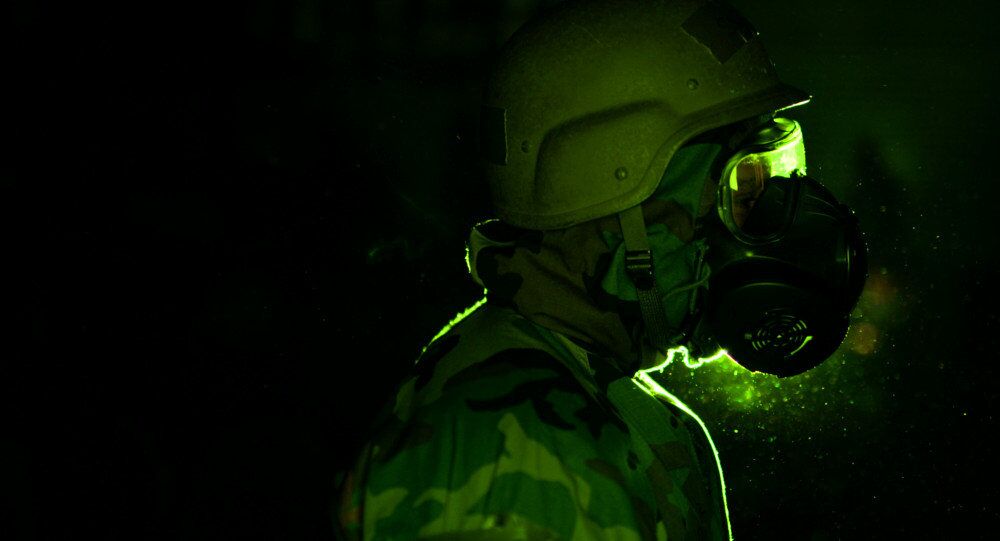 The deputy of the Turkey’s opposition Republican People's Party (CHP) Eren Erdem organized a press conference in Parliament, during which he responded to the accusations of betraying the interests of Turkey by saying that shipments of sarin gas went to Syria via Turkey.

Erdem, addressed the parliament last Tuesday saying the government had failed to probe the shipment, and spoke to RT news channel about a possible cover-up.

During his interview with RT, Erdem revealed that components of the lethal nerve agent sarin were shipped to Daesh labs through Turkey in 2014 and Ankara did nothing to stop them. Sarin is a lethal gas, classified by the United Nations as a weapon of mass destruction.

After his interview Ankara's top prosecutor opened a criminal investigation against Erdem accusing him of treason.

Following these accusations Eren Erdem organized a press conference in Parliament commenting on the criminal investigation against him for his statements.

“Today I will comment about these accusations for the last time because there is nothing more to say about it. Everything that has been written and said in my address in the past few days, is the most obvious indicator of what kind of a smear campaign can the ‘lured’ state media start when an order from above comes,” Erdem said in a press conference.

“A few days ago, President Recep Tayyip Erdogan accused me that in an interview with Russian television I said that Turkey was selling sarin gas to Daesh. This accusation is completely groundless.”

© AP Photo / via AP video
Treason: Turkey Charges Lawmaker for Revealing Daesh's Source of Sarin Gas
Erdem said that On December 10, 2015, speaking at a session of Parliament, he expressed his opinion on this matter and after that, several international news agencies, two Arab TV channel, Newsweek magazine and TV channel Russia Today interview him, but Newsweek magazine later refused to publish the story because of statements on the links between West and sarin supply to jihadists in Syria West.

“In the interview to RT I said that the Western countries are playing a double game, showing hypocrisy, since the conclusion of the prosecutor's office, which I studied, claimed that the jihadists are getting materials for creating chemical weapons from Europe. There is information that the western countries are well aware of this.

Moreover, one of the members of the group Khayyam Kasap involved in the supply of chemical material personally discussed this issue with Western representatives.”

“I stressed that through Turkey, transports of chemical materials to Syria took place. The prosecutor's office pinpointed just this from the interview and based on them, began an investigation against me.”

“I want to remind the prosecutor who brought the case against me, that according to the 83rd article of the Constitution, which provides for the observance of parliamentary immunity and freedom of expression, the judicial investigation against the deputy, who spoke at a meeting of the parliament, and then re-stated his opinion outside the parliamentary walls cannot be initiated without the approval of the Turkish parliament.”

On what basis then the prosecutor's office has started investigation against me, if there is no sanction for such actions by the Parliament has been obtained?

Erdem stressed that President Erdogan, Prime Minister Davutoglu and the AKP MPs accuse him of treason, and some pro-government media has prepared a series of “incriminating articles” suggesting that he is planning to flee the country.

“Do you think I'm like yourself? I did not get a deputy chair by means of backstage intrigues and conspiracies. Why should I run away somewhere? I do not feel guilty because in the interview I did not say a single word that could be considered as a betrayal to my country.”