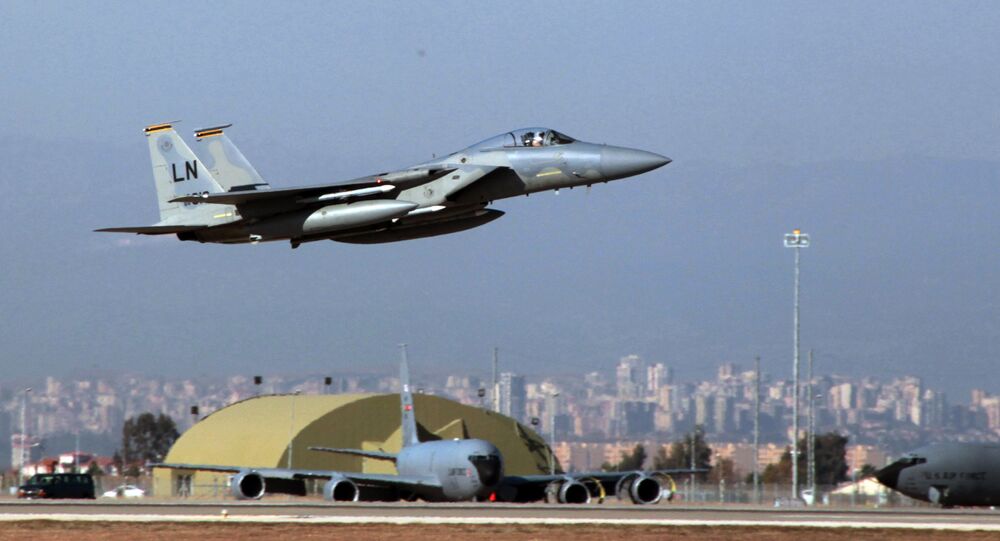 The US-led coalition against Daesh carried out eight airstrikes in Syria and 24 in Iraq, Combined Joint Task Force - Operation Inherent Resolve said in a press release on Wednesday.

In Iraq, the Tuesday airstrikes destroyed several Daesh fighting positions, vehicles, a building, a crane, a bulldozer, as well as two Daesh excavators.

The US-led coalition of some 60 nations has been carrying out strikes against the Daesh in Iraq since August 2014 and in Syria since September 2014, but without the approval of the Syrian government or the UN Security Council.

Daesh, is a designated terrorist organization outlawed in numerous countries, including Russia.