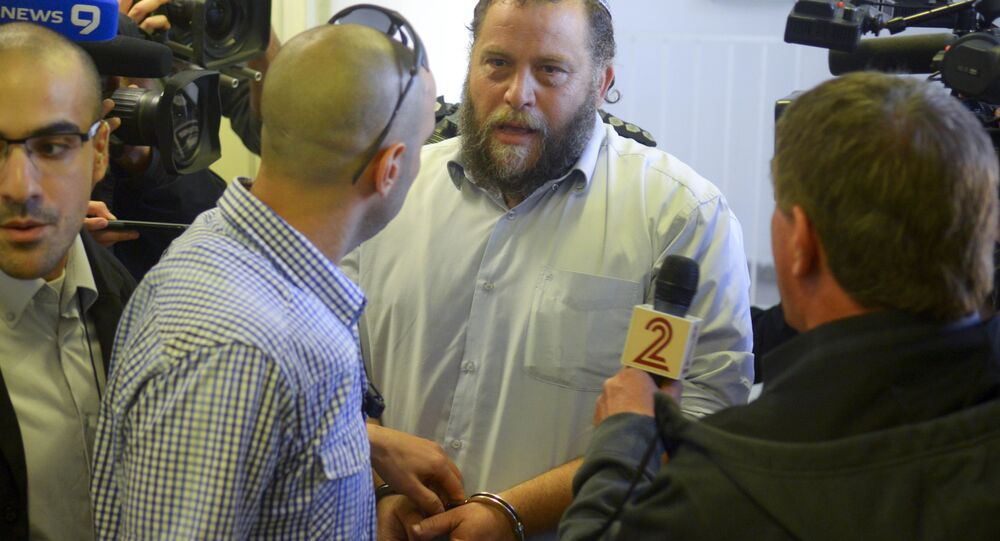 Notorious Jewish extremist leader Benzi Gopstein, arrested many times in the past, has again captured the public's attention by comparing Christians to "vampires," and calling for a prohibition on the celebration of Christmas in the Holy Land.

"Christmas has no place in the Holy Land," Gopstein wrote in an op-ed.

"We must remove the vampires before they drink our blood once again," he declared.

© Photo : Israel Defense Forces press-service
Turkey to Seek Damages for Members of Freedom Flotilla Killed by Israel
By "vampires," Gopstein means the Catholic Church and Christians he believes are sworn enemies of people of the Jewish faith and who should be expelled from the country. Even though he believes that the Catholic Church has "no chance" of destroying "one of the strongest armies in the world," he remains vociferously defiant that Jewish people should constantly be fearful of attack.

"The mission of those vampires and bloodsuckers remains," Gopstein claimed in his opinion piece, adding that, "If Jews cannot be killed, they can be converted."

Prior to his call for banning Christmas, the extremist was arrested and criticized for urging citizens to take drastic action to fight "enemies."

"Disgust that was the only thing that saved us from the dark days in Europe has disappeared with the 'good life' of the democratic age," he opined, before again calling for a fight with the "corrupt phenomenon in the best tradition of Judaism."

© REUTERS / Jamal Saidi
Killing Hezbollah Activist by Israel Violates Syrian Sovereignty - Iran Foreign Ministry
In August, the shrill blowhard was questioned by Israeli police, after calling for the burning of churches amid an uproar over recent hate crimes. In December 2014 he was arrested with other activists after Lehava members burned a bilingual school in Jerusalem.

Several organizations including The Israel Movement for Reform and Progressive Judaism, have called on the attorney general and police to investigate, saying that the blustering blabbermouth's hate speech insults religious feelings of Christians, a behavior prohibited by law.

The State Prosecutor's Office said it received a public letter but no decision on the Lehava case has yet been made.

Rocket Fire From Lebanon Toward Israel Violation of UNSC Resolution