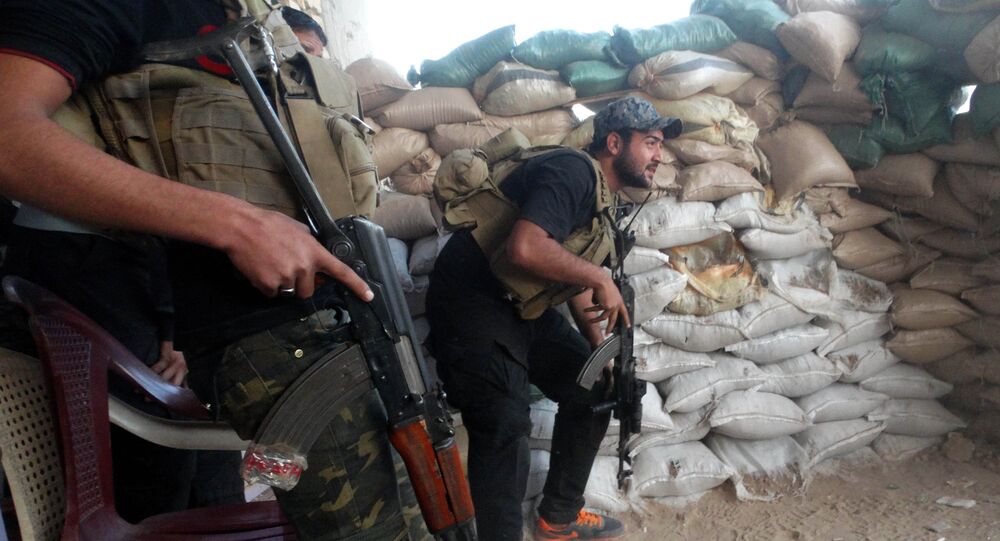 © AP Photo
Way to Go! Iraqi Army Kicks Out Daesh From Ramadi's Central District
The spokesperson added that the Iraqi military has begun to push north into Ramadi’s downtown. He noted, however, that the fight will be "tough" due to urban terrain.

Earlier on Tuesday, a source in the Iraqi military command told Sputnik that troops entered a central district of Ramadi, the capital of the country's western Anbar province, driving Daesh jihadist militants out of their positions.

According to Iraqi intelligence, around 250 to 300 radical Islamist militants had been holding central districts of the city.

Since May, Ramadi has been occupied by Daesh, a terrorist group outlawed in many countries around the world, including Russia.