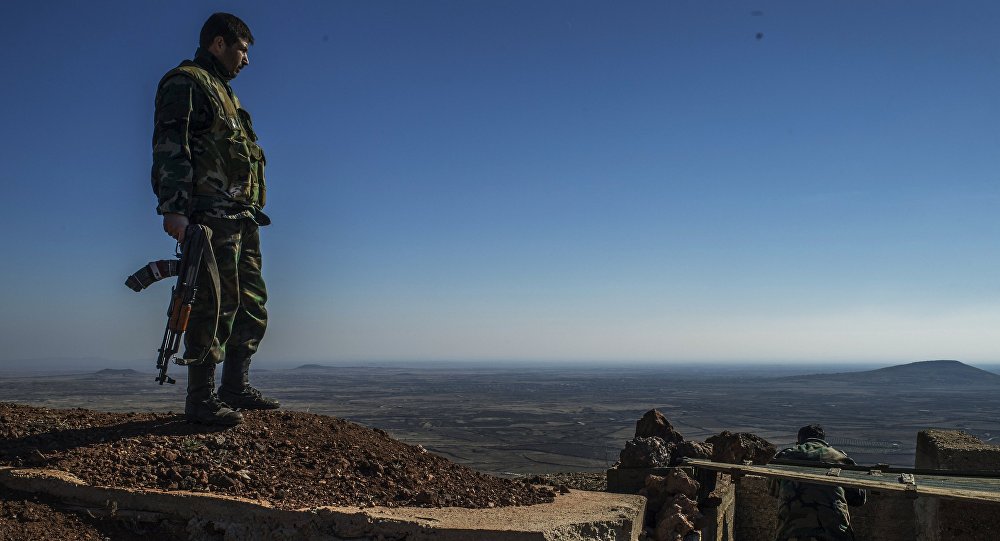 Daesh militants have withdrawn from parts of the strategic Syrian town of Mheen in the central Homs province under attacks from government forces, media reported Monday, citing local sources.

MOSCOW (Sputnik) — The Islamic State (IS, or Daesh in Arabic), which is outlawed in Russia, reportedly captured the Syrian town of Mheen, one of the key arms depots for Damascus, from government forces in November, as it expanded outward from its mainly northern and eastern strongholds toward Homs.

"The Syrian army, National Defense Forces (NDF) and the Lebanese Hezbollah fighters, in a fresh round of operations, broke through the first defense lines of the ISIL [another name for IS, Daesh] terrorists and forced them to retreat from al-Hadath village and the Maheen-Sadad military checkpoint," the sources were quoted by the Fars news agency as saying.

© Sputnik / Valeriy Melnikov
Rescued at Last: Christian Villages in Syria Liberated from Daesh
10
The militants' withdrawal followed hours of heavy clashes, which claimed the lives of many terrorists, and injured many combatants on both sides, the sources said.

Syria has been in a state of civil war since 2011, with government forces battling against armed opposition and various extremist groups, including Daesh and al-Nusra Front.

The Lebanon-based Hezbollah movement has been assisting the Syrian army in the fight against "moderate" rebels, as well as extremists.

Syrian Army Cracks Down on Daesh Militants in Key Provinces