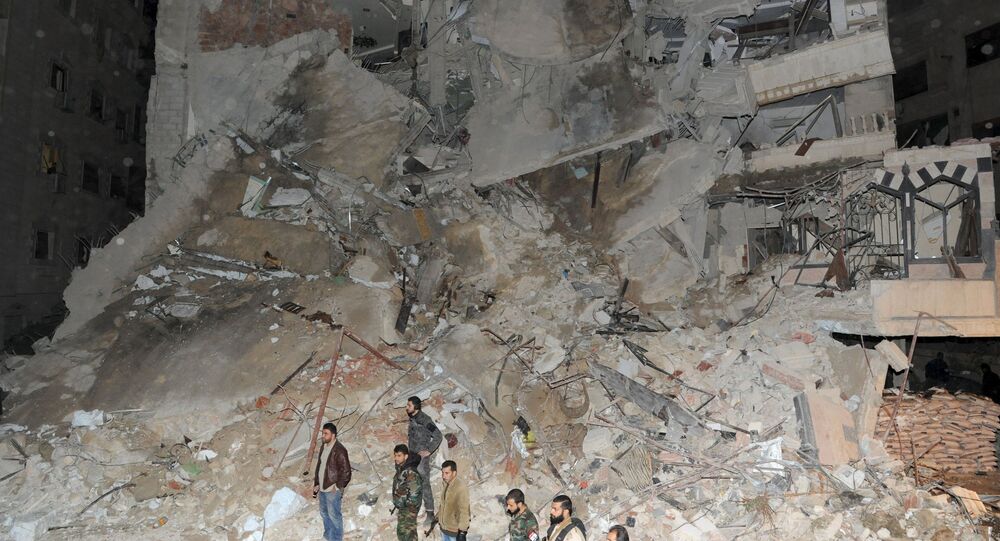 A senior Hezbollah official and about ten other people were killed in an Israeli airstrike on a Damascus suburb on Saturday evening, Syrian and Lebanese media reported.

© AFP 2021 / US NAVY
Iraqi Authorities to Go to Court Over Deadly US Airstrike
According to Syrian and Lebanese media reports, Israeli warplanes struck a building in Jaramana, just outside Damascus, around 10.15 p.m. on Saturday, killing Samir Quntar and several Syrian civilians.

The Syrian authorities condemned the attack as a “terrorist act.”

“The Council of Ministers condemns this terrorist attack, which killed a number of innocent civilians, including the heroic Samir Quntar, the elder of the Lebanese inmates languishing in Israeli prisons,” the Syrian Cabinet said in a statement.

The Lebanon-based Islamist militant group confirmed Quntar’s death and blamed it on Israel.

Samir Quntar spent 29 years in an Israeli jail and was released in 2008 as part of a prisoner exchange between Israel and Hezbollah.