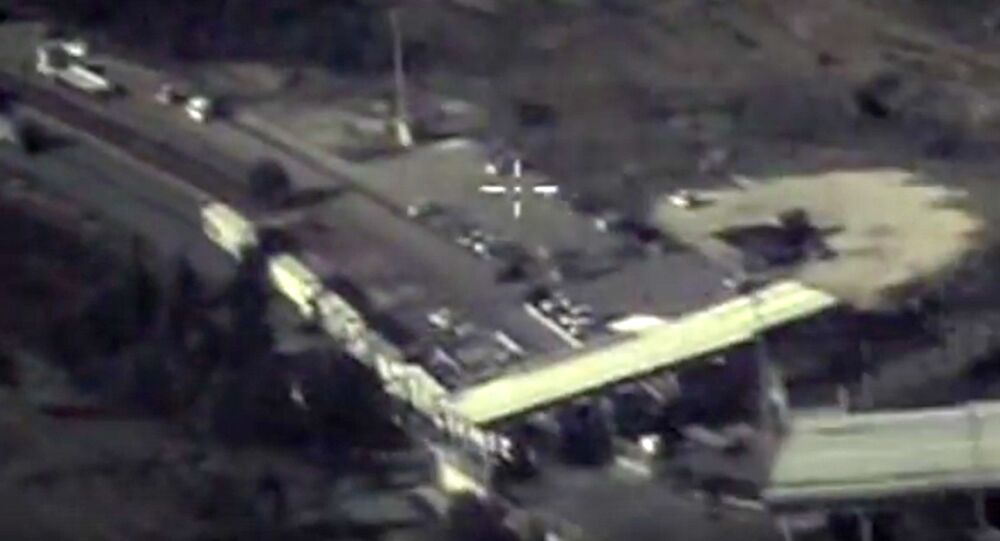 Not Bush League: Turkey Is an 'ISIL Superhighway' for Fighters, Financing

Turkey is a Daesh "superhighway" because of its status as a source of fighters and financing for the terrorist group, according to researcher Max Abrahms.

Turkey has become a superhighway for the Daesh terrorist group, Max Abrahms, a political science researcher and member of the Council on Foreign Relations, told Radio Sputnik.

"I sometimes call Turkey an Islamic State Superhighway because such a large portion of foreign jihadis have gotten in through there. When we're talking about smuggling, porous borders and how it facilitates Islamic State, what we're really talking about is primarily that Turkish border," Abrahms told Sputnik.

Ministry of defence of the Russian Federation
Europe, Turkey Close Airspace to Russian Warplanes Fighting Daesh
Abrahms added that despite diplomatic pressure, issues with Turkey are not likely to smooth over. According to Blumenthal, the conflict with Turkey will only grow because of its sponsorship of rebel group and simultaneous action against Syrian Kurds, who are the primary fighters against Daesh in that part of Syria.

"In a way this is more dangerous than Islamic State, because these groups that are only slightly more moderate than Islamic State are actually attracting state backing from countries like Turkey, Qatar and Saudi Arabia," Abrahms added.

According to Abrahms, there is also no "silver bullet" for defeating Daesh, as cutting off the group's external financial backing would only lead it to rely on internal sources of revenue.