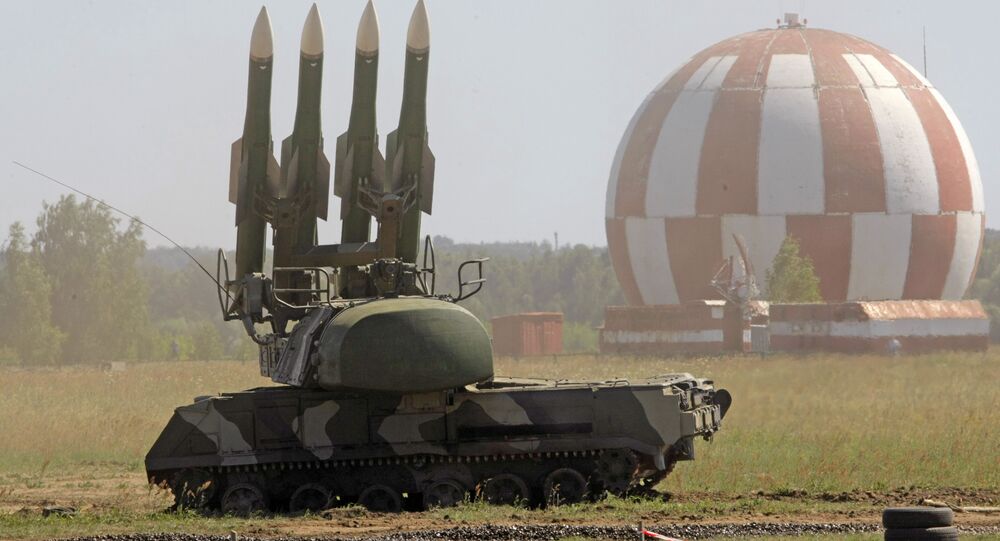 US aircraft ceased all flights in Syria’s northern regions fearing the recently-deployed Russian Buk anti-aircraft missile systems (designated by the US Department of Defense as SA-17), according to Bloomberg.

© Sputnik / Dmitry Vinogradov
Pentagon: Russia’s S-400 Air Defense in Syria Forces US to Ground Warplanes
US military officials cited by the news agency claim that Russian air defense systems in Syria serve as another example of how Moscow and Damascus "seek to complicate the global counter-Daesh coalition’s air campaign."

"The Russians are trying to create zones where they would have to give permission for US flights," said Matthew McInnis, a former Iran analyst for US Central Command, according to Bloomberg. "The Russians are increasingly defining the military landscape by their actions."

At the present time, the US administration seems to be acquiescing to what they perceive as Russia’s attempts to keep US aircraft grounded, and "agree to their rules of the game," the news agency claims.

"The success of any US-led effort to bring Assad to the negotiating table will depend on squeezing the Syrian regime. Yet at this crucial moment, the US is not only decreasing pressure, but acquiescing to Russian pressure," Bloomberg laments.

Russia launched its airborne campaign against the Daesh forces in Syria on September 30 at the behest of President Bashar Assad. Following the downing of Russian Su-24 warplane in Syrian airspace by Turkish forces, Moscow has dramatically increased its anti-aircraft capabilities in the region to ensure safety of its forces.