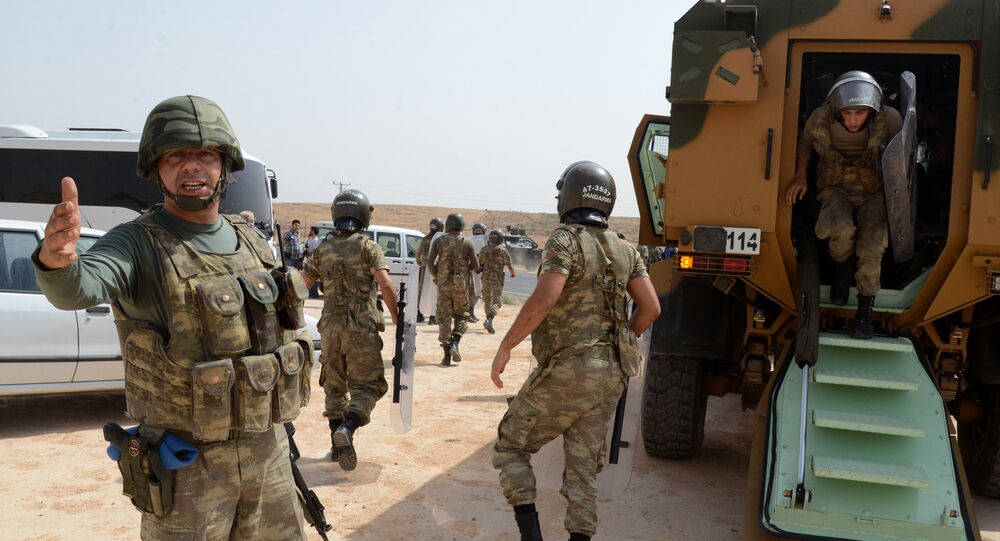 Turkish soldier was killed during the ongoing military counter-terrorism operation in Turkey's Kurdish-dominated southeastern Sirnak province, according to local media.

The casualty is reported to have been sustained during the ongoing military counter-terrorism operation in Turkey's Kurdish-dominated southeastern Sirnak province, which is targeting the towns of Silopi and Cizre, CNN Turk reported.

Friday’s clashes have resulted in over 50 PKK casualties, reports said earlier in the day.

A curfew has been imposed by the Turkish authorities in a number of southeastern settlements, and local residents are said to be fleeing such areas, according to Turkish media reports.

Hostilities continued throughout Turkey's October elections, with the Turkish government refusing to support PKK's unilateral ceasefire offer in early October. The PKK ended its month-long ceasefire on November 5 after the Turkish president Recep Tayyip Erdogan vowed to "liquidate" the organization.

Approximately 180 Turkish police officers and soldiers were killed by Kurdish militia amid the escalating violence over the last four months. Turkey's air force has been conducting air strikes on PKK positions across southeastern Turkey, as well as northern Iraq, since July 24.