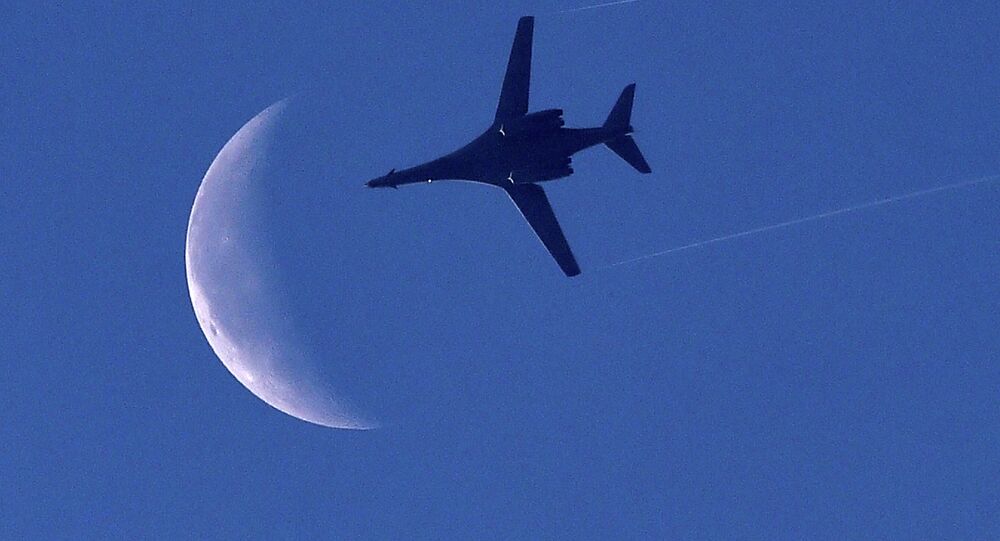 US Has No Plans for New Airbase in Northeastern Syria - Pentagon

The US Air Force is not rebuilding an airbase in the Syrian province of Hasakah, according to Pentagon.

© Flickr / U.S. Department of Defense
US Reportedly Constructing Airbase in Northeastern Syria for Airstrikes
WASHINGTON, December 18 (Sputnik) — The reports claiming that the US Air Force is rebuilding an airbase in the Syrian province of Hasakah in order to land fighter jets there are not true.

The United States has no plans for the construction, US Defense Department spokesman Maj. Roger Cabiness told Sputnik on Friday.

“This is not true. We are not tracking anything like this planned or currently going on,” Cabiness said.

Earlier it was reported that the US is considering the reconstruction of a disused airbase in the province of Hasakah in northeastern Syria in order to land fighter jets and supply planes there.

Abu Hajar airport is located in Hasakah province in northeastern Syria, which is under the control of Kurdish People's Defense Units (YPG). The Syrian government has not given the US permission to have a base in Syria or carry out airstrikes there.

According to media reports, for around two months US experts have been in the region developing the airfield, which hasn't been used since 2010. It has a 2.5 km runway which can be used by fighter jets to carry out airstrikes, and to bring in military supplies.

As US Struggles in Syria, Pentagon Pushes to Build Network of Base

It's All About the Bases: US Ready to Roll Out More 'Hubs' to Fight Daesh