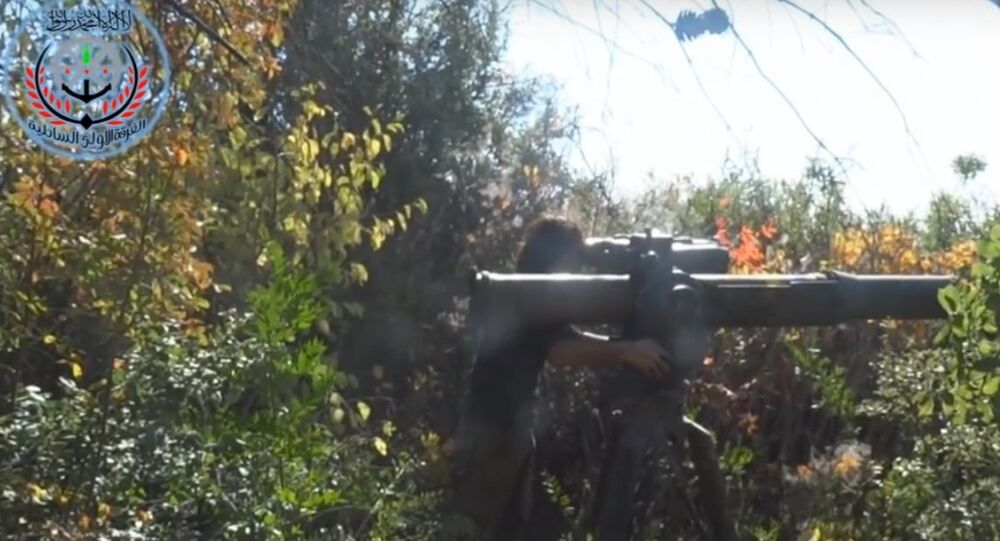 Assad: Daesh Can Be Defeated in a Year if US Drops 'Regime Change'

The Daesh terrorist group can be defeated in less than a year if the US and its allies stop supporting rebel fighters, Syria's Bashar al-Assad said.

Daesh (also known as ISIL) can be defeated within a year if the United States and its allies stop supporting anti-government fighters in Syria, Syrian President Bashar al-Assad told Dutch NPO2 television in an interview.

The US has sponsored and supplied anti-government rebel fighters, including those who do not fight Daesh and thereby detract resource from the Syrian army.

"If the responsible countries take actions against the flood and the flowing of terrorists and the logistic support, I can guarantee that it will take less than one year," Assad said.

© Sputnik / Valeriy Melnikov
Syrian Army Makes Headway Against Militants in War-Ravaged Aleppo
Assad also said that terrorism cannot be defeated without troops on the ground and public support, both of which he has in Syria.

"Less than one year. But the problem is that they are still supporting them on daily basis more and more in order to make it more messy, and to put obstacles in front of any solution, because they want the solution, what they called a political solution, to be ended with the changing of this state, getting rid of this president or depose him, and so on. So, that’s why it will drag on," Assad added.

According to Assad, supporting anti-Daesh efforts because of fear does not make the participant countries allies of Syria, as unlike Russia and Iran, they did not support Syria when it was battling the less organized al-Qaeda affiliate al-Nusra Front.

Syria May Hold Parliamentary Elections in First Half of 2016

US Actions in Syria Infringe on Nation's Sovereignty