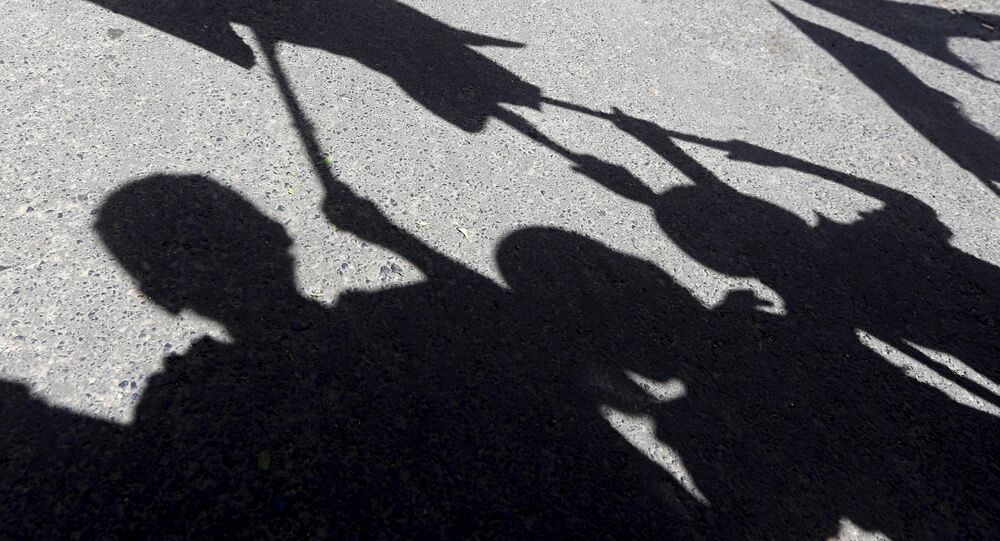 Beheading of Youngest Saudi on Death Row May Be Imminent

A Saudi Arabian prisoner who was arrested when he was 15 and was sentenced to death by beheading and crucifixion for political protest has been brought to solitary confinement and is expecting execution any moment, according to human rights campaigners.

The family of Abdullah al-Zaher, the youngest person in Saudi Arabia given the death sentence, is appealing for his life. Campaigners from the Reprieve NGO reported that al-Zaher, arrested for a 2012 protest he participated in at the age of 15, was moved to solitary confinement and is reported to be beheaded with a saber at any time.

“Please help me save my son from the imminent threat of death. He doesn’t deserve to die just because he participated in a protest rally,” Hassan al-Zaher, the father of the accused, told journalists on Thursday.

The state prosecutor reportedly asked for the young man’s body to be crucified after being decapitated, a common practice in the country’s justice system.

Abdullah al-Zaher was arrested by police during political protests in the Saudi Eastern Province in 2012 and tortured to sign ‘confession’ papers fabricated by police, according to the Reprieve.

Among others awaiting execution are Ali al-Nimr and Hussein al-Marhoon, who were also juveniles when arrested by Saudi authorities for protesting against the government in the 2011-2012 Arab Spring uprisings.

The death sentence for Ali al-Nimr drew international condemnation this fall after it was revealed that he was 17 at the time of his arrest.

Many called on Saudi Arabia’s allies to withdraw their support from the kingdom unless the planned executions were called off, with UK Foreign Secretary Philip Hammond last month intervening by saying that he did “not expect [Ali] al Nimr to be executed.”

Saudi media reported earlier that some 50 persons are currently awaiting capital punishment and may be executed at any time.

This year has seen 151 individuals put to death in Saudi Arabia, and there are more to come, Amnesty International reported in November. The typical annual figure comes in at around 90 people put to death each year in the Arab kingdom.

In 2014, Saudi Arabia was among the top three countries with the highest total number of executions, after China and Iran. Iraq and the US came in fourth and fifth. These five countries had also executed the most prisoners in the first six months of 2015, Amnesty International stated in July.