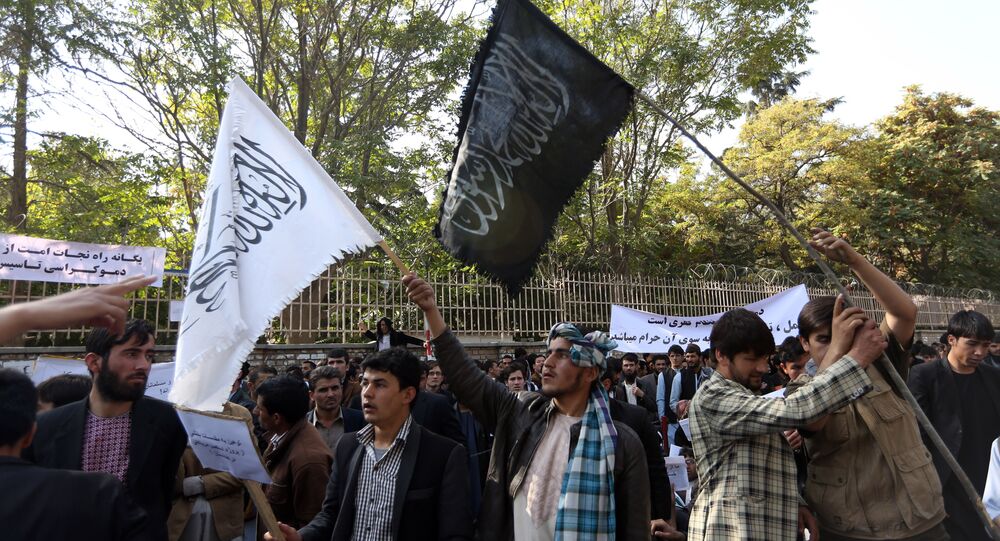 Fears have been raised about the presence of Daesh in Afghanistan, but the strength of the Taliban prevents the group from gaining ground there, noted Pakistani journalist Rahimullah Yusufzai told Sputnik.

Despite reports that Daesh has expanded into Afghanistan, the strength of the Taliban there and a lack of popular support mean the group will prove unable to gain a grip in the country, Peshawar-based expert on Afghan affairs Rahimullah Yusufzai told Sputnik.

​Although several hundred people in Afghanistan have joined Daesh, Yusufzai said there is not much support there for the terrorist group, or its idea of a caliphate.

"People may want Sharia Islamic law, some people may support the Taliban, but I think public support for Daesh is still not there … I don’t think there will be a caliphate in Afghanistan."

© REUTERS / Stringer
US-Backed Forces in Afghanistan Struggle to Make Gains Against Taliban
Though the Afghan government claims its security forces have as many as 400,000 members, they are already engaged in a battle with the Taliban and would have a limited ability to tackle Daesh, said the expert.

"They are fighting on many fronts, they cannot really control the border areas with Pakistan and Iran and central Asian countries."

Afghan security forces were able to defeat the Taliban in Kunduz but lost many other districts and suffer from a high attrition rate of about 30 percent, said Yusufzai.

"They are facing a big challenge, they are depending so much on American money and weapons."

Among the Daesh recruits in Afghanistan are Pakistanis who defected from the Taliban and are now trying to persuade more fighters to join them in the terrorist organization, explained Yusufzai, a noted war correspondent who once conducted an interview with Osama bin Laden.

© Flickr / Mr. Theklan
Large Volumes of Afghan Heroin Transit Turkey to Balkans, Further to EU
Attempts to get more support include a recorded message on the internet from a senior Daesh member in Syria who defected from the Taliban, and called on others in Afghanistan to join him.

However, because of the Taliban's dominance, the group's attempts have not made much headway in Afghanistan, while in Pakistan, the terrorist group is challenged by the existence of several extremist groups who compete for influence.

"There is not much room in this crowded field for Daesh at present."

Over 30 Militants Killed in Security Operations in Afghanistan

Afghanistan, Liberia to Benefit From Better Governance With WTO Membership