Saudi Arabia formed an Islamic anti-Daesh coalition due to the US pressure, according to Ashok K. Behuria, research fellow at the Indian-based Institute for Defense Studies and Analyses.

© AP Photo / Hani Mohammed
Saudi Arabia Can't Just Declare War on the Terrorism They Themselves Helped to Create
He also added that the new coalition members likely sought to publicly distance themselves from Daesh (ISIL/ISIS).

The new 34-member Islamic anti-terrorist coalition was formed by Saudi Arabia, with the new alliance’s central command based in Riyadh.

"Saudi Arabia essentially did this because the US was pressuring it into forming a coalition and making a move against Daesh. Still, so far the statements made by the coalition don’t look very convincing. Too much rhetoric, too little desire to act," Behuria told RIA Novosti.

He added that while Saudi Arabia seeks to distance itself from Daesh, one shouldn’t expect the new coalition to do something tangible.

"This coalition isn’t even a declaration of intentions, it’s just a statement meant to show that Saudi Arabia has no ties with Daesh. And making Turkey and Qatar members of this coalition looks like an attempt to cover their leniency towards Daesh," Behuria said.

He pointed out that the new coalition has not made any pledges to specifically launch a military operation against Daesh.

"Instead of just Daesh, the target was broadly described as 'all terrorist groups and organizations regardless of their religious beliefs and origin.' There’s also no mention of who will fund this campaign and who will decide which groups to target," Behuria remarked.

"The fact that Iran wasn’t included in the coalition means that it’s basically a Sunni alliance, which might give the conflict a religious aspect which wouldn’t bode well for the region," he added.

It is unlikely that the new coalition would make a move against groups nurtured by the US that seek to topple Bashar Assad, Behuria said.

"If they do make a move however, the new coalition would oppose Russia, thus giving new dynamic to the existing conflict. As the world powers did not reach a consensus regarding the Syrian issue, the Islamic coalition would hardly be able to significantly change the situation in the region," he said. 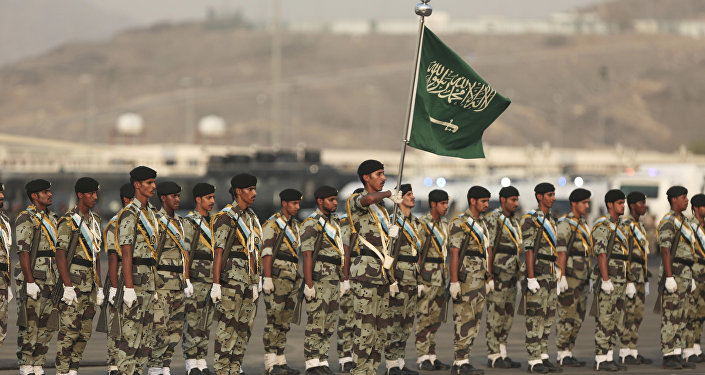 "We’ve seen how Pakistan refused to join the Saudi-led anti-Houthi coalition in Yemen. By the same token, Turkey might refuse to act against Daesh," he said.

"We can see the situation in Iraq and Afghanistan and we must learn from it," Behuria added. "Thanks to the US sponsorship of armed groups in Syria, the situation became uncontrollable and Russia was forced to intervene on behalf of Assad. So far no serious attempts were made to bring Assad and his opponents to the negotiations table and that makes the situation even more complicated."