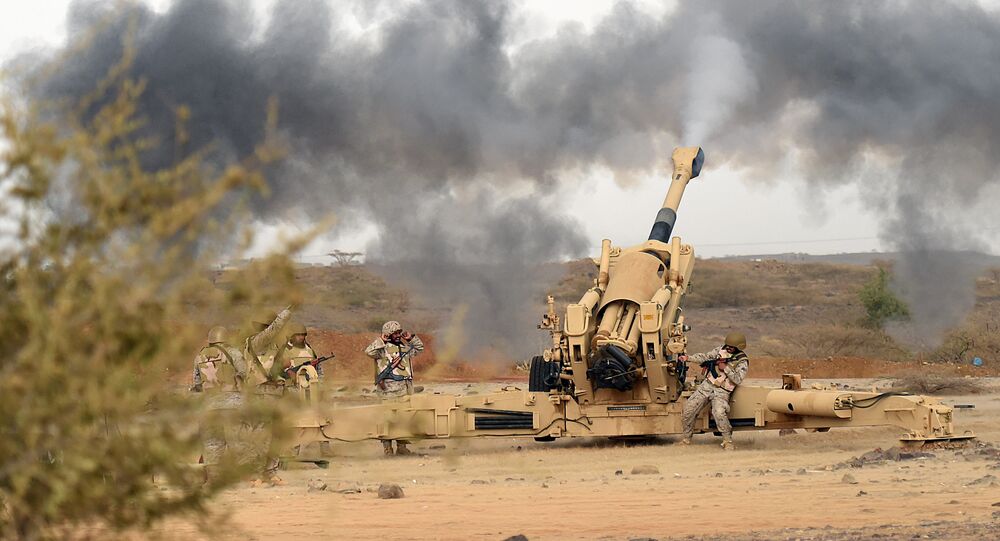 Organisation for Democracy and Freedom in Syria director said that Saudi Arabia’s 34-nation anti-terror coalition is a sectarian formation that will likely target Islamic minorities.

"In a way, they are looking to create a sectarian alliance to fight whoever they perceive today as a threat," Assad said on Tuesday of the Saudi-led anti-terror alliance.

On Tuesday, Saudi Arabia announced the creation of the alliance that includes participation from Turkey, Qatar, Pakistan, Libya, Jordan, the United Arab Emirates and a number of other nations.

According to Saudi authorities, the alliance intends to "counteract terrorism, which became a threat to the interests of the Islamic nation."

© AFP 2021 / MANDEL NGAN
State Department: Saudi Coalition in Line With US Anti-Daesh Efforts
Assad, a London-based human rights director and cousin of Syrian President Bashar Assad, explained that the Saudi-led coalition will be used "to go after groups which they [coalition members] deem their enemies."

The targeting of minorities will be presented under the guise of countering Islamic extremism, he warned, adding, "This is actually very dangerous."

The Saudi coalition is made of largely Sunni Muslim nations and excludes participation from Iran, Shia-led Iraq and Israel. The United States and a number of other Western countries have expressed support for the coalition.

On Tuesday, the US Department of Defense stated it believes the Saudi-led coalition will contribute more substantially to the campaign against Daesh, which is also known as Daesh.