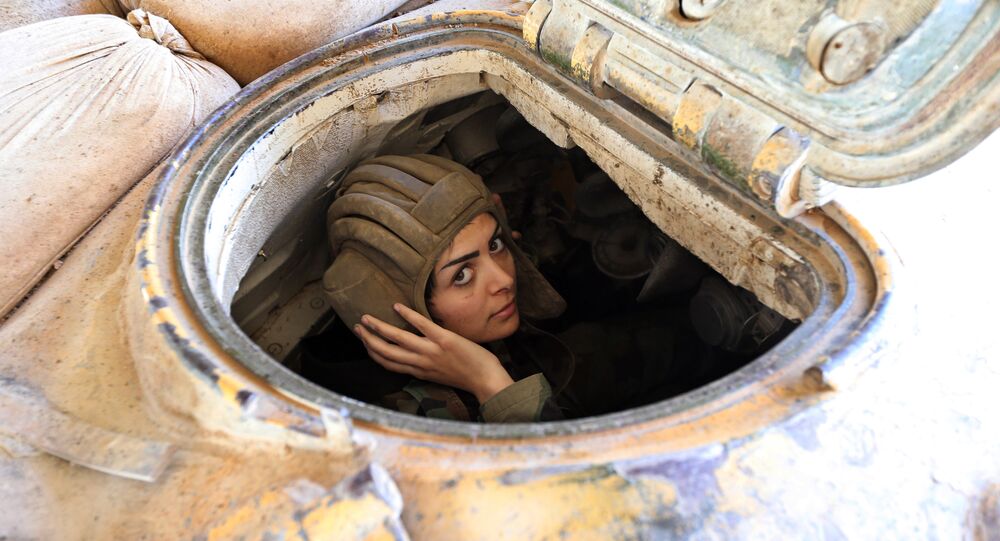 Syrian Women Unite to Save Christian Towns From Daesh

Members of the battalion called the 'Female Protection Forces of the Land Between the Two Rivers' come from different backgrounds, united by the drive to protect the future of their country and families.

An all-female militia group in Syria is graduating from its training camp in the northeastern town of Al-Qahtaniyeh. The determined women mostly come from Christian backgrounds and are taking up arms to challenge the traditional ideas of Syrian women being just housekeepers.

© AP Photo / AP Photo via militant website, File
Daesh: 'Islamic State' or International Criminal Organization of Thieves?
Under the control of Daesh, Syrian women would have a totally domestic role, encouraged to lead a life inside their houses as wives and mothers.

The rise of the female battalion is a complete negation to Daesh’s stone-age notions. The female fighters seek to oppose such ideas, and to fight the possibility of being forced to lead such a life.

Thousands of Syrians have fled their homes after the jihadists seized their towns. Syrians belonging to a different religion were forced to convert or face death.

“I’m not afraid of the Daesh, and we will be present in the coming battles against the terrorists,” female fighter, Thabirtha Samir, 24, told AFP.

Another recruiter, Babylonia, 36, is a former hairdresser who was encouraged by her husband to take up arms to challenge the traditional ideas of Syrian women being just housekeepers.

She told AFP that she misses her two children, but is “fighting to protect their future”.

The YPJ group recently recaptured the town of Hol, a strategic location for Daesh on a key route between Syria and Iraq.

One of their commanders said: “They believe if someone from Daesh (ISIL) is killed by a girl, a Kurdish girl, they won’t go to heaven,” AFP reported.